On a sunny summer day, my sister and I ventured to Pok Pok, Andy Ricker’s Brooklyn homage to Thai food, a passion that I can absolutely identify with.  There are but a few things in life that I appreciate, and have felt so earnestly, as the wholeheartedness and humility of Thai hospitality.  If I can make a caricature out of it, permit me to do so.

I attended a cooking class with Chef Ricker, and with the same warmth that certain Thai establishments exude through their hospitality, I felt like he had the same intensity and spirit in his dedication to and study of (and love for) Thai cuisine.  This dude was knowledgeable and serious about his Thai food.  In a way, it’s refreshing to see that – usually you see guys go off to Italy or Lyon and come back with this repertoire and adherence to certain European traditions, but here was a dude that slums it to the dirt roads and backwoods and beaches of Thailand to bring back some crazy recipes and preparations that rock my mouth with flavor and spice.

We started with some refreshing drinking vinegars, tart, syrupy concoctions topped with soda.  There are, like, 25 flavors to choose from, so you’ll find something.  Be warned though, the vinegar part is no joke. 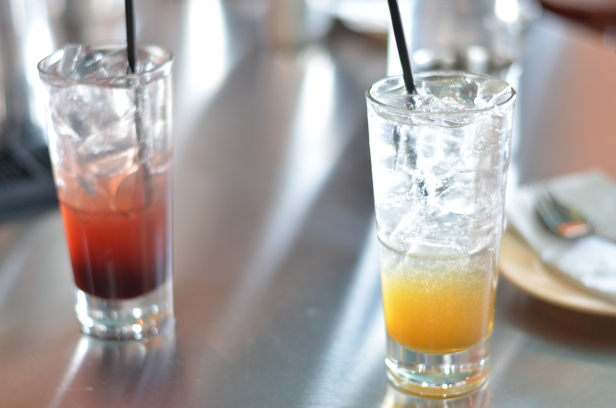 A duck salad, with specks of toasted rice to add a heavy crunch to the funkiness of raw onions and duck liver and duck skin. 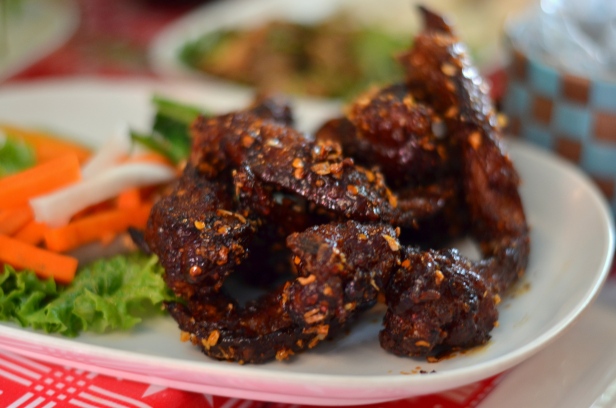 Smoky slow-cooked pork ribs.  In retrospect, I would’ve rather tried something else, perhaps a fish, but these were pretty tasty just the same.