Dinosaur BBQ is a bit out of the way, at an oddly criss-crossing corner of 125th St in Harlem near the Westside Highway.  The squat brick building that houses the restaurant is unremarkable but expansive, so even though it was busy (2 hour wait) when we visited, it doesn’t feel like a crush of bodies.  Very much the opposite, actually: a fun, lively space.  Plus, we didn’t have to tough out the two hours, as we lucked into two comfortable seats at the end of the bar just as we’d put our name on the waitlist, with a prime view of the kitchen and passe. 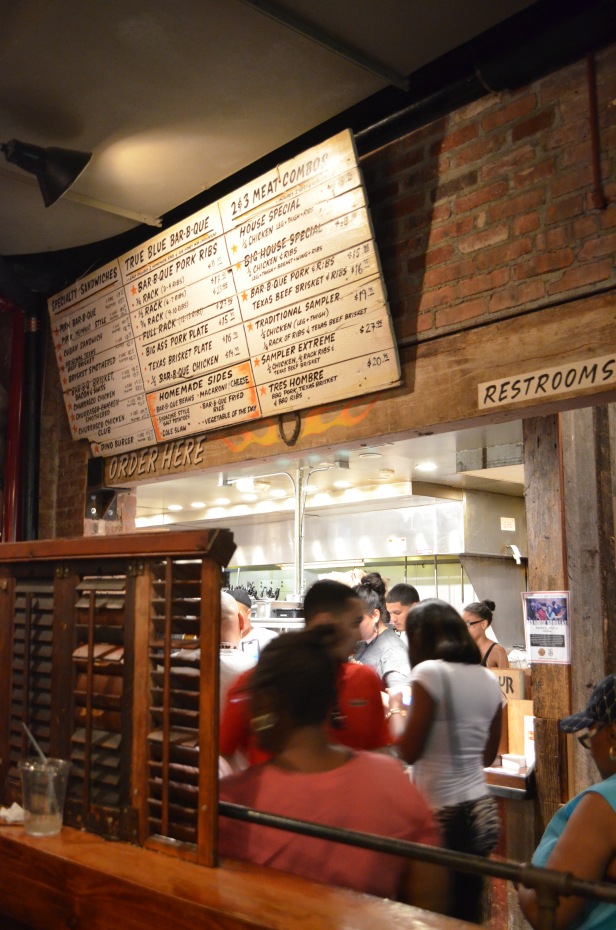 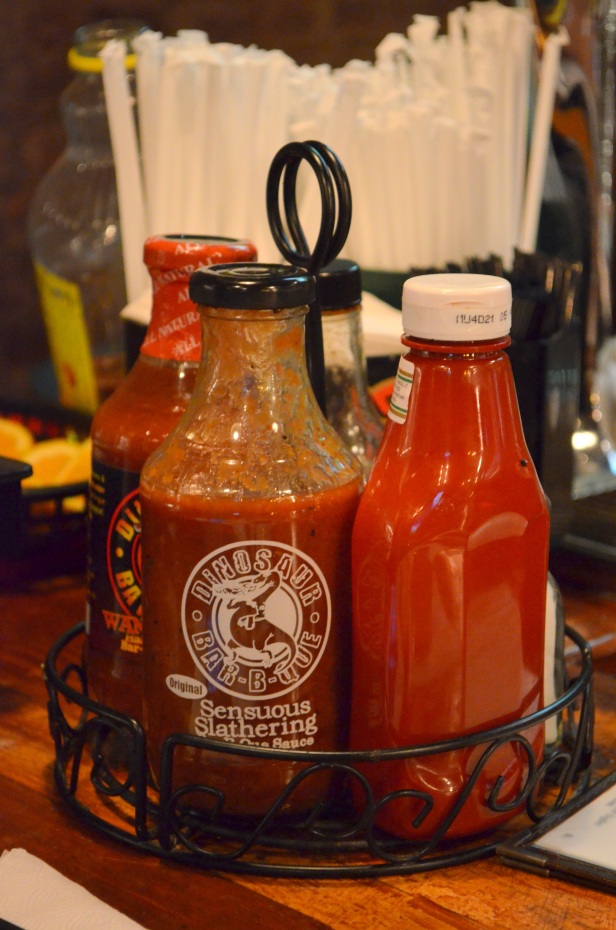 A sweet tea, of course. 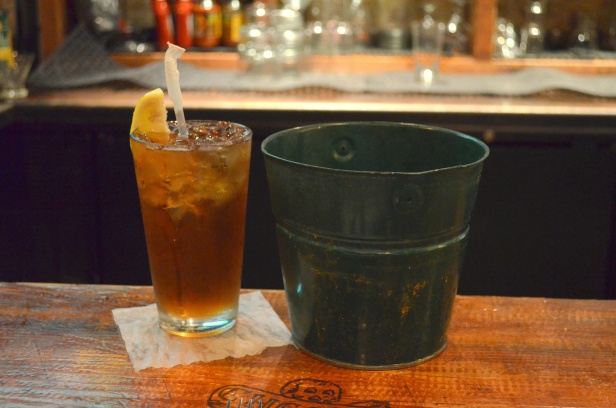 Meaty BBQ wings.  The skin, gorgeously charred, is deceptively crispy – I expected that bitter smokiness, but mostly just texture, and plenty of flavor.

The sampler extreme, with St. Louis ribs, brisket, and half-chicken, with sides of mac & cheese and cole slaw, plus sweet potato and a cajun-seasoned corn.

A banana cream pudding with coconut shavings for dessert. 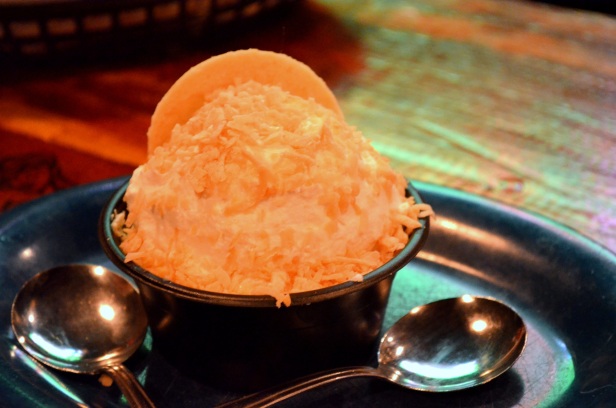