After all this seasonal kaiseki, fresh sushi and fish marketing, tempura was my final meal in Tokyo.  More than anything, I was looking for an experience that would move the needle for me, in terms of expanding in a vital way the played-out preconception of what tempura is.  I’d previously had amazing sushi, ramen, yakitori, izakaya food before getting to Japan, but tempura more or less had largely been a side dish that came with a bowl of udon, and rarely oil-clogged and batter-heavy (not always a bad thing, but still).

In that vein, Lucas and I headed to Tunahachi, a low-key tempura shop on the 8th floor of Keio department store in Shinjuku (the original location is not too far away either).  I ordered a set menu that included a miso soup, tuna sashimi, and shaved daikon salad, while Lucas added a few things from the à la carte menu to share.  While the appetizers weren’t the focal point of the meal, they (the tuna in particular) were quite tasty. 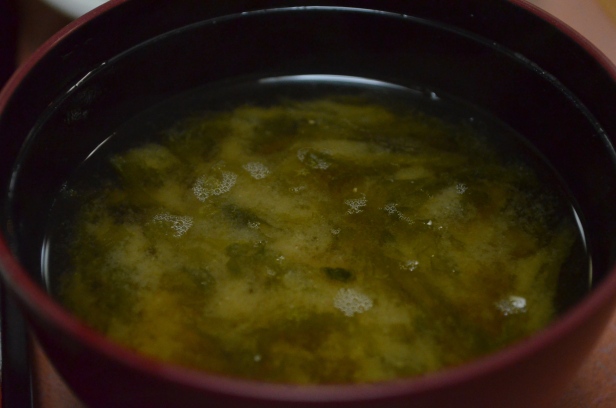 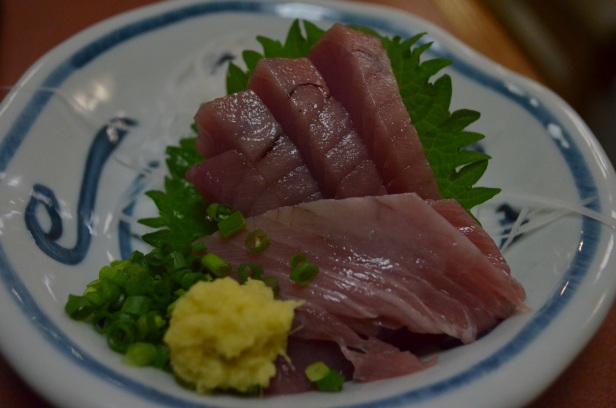 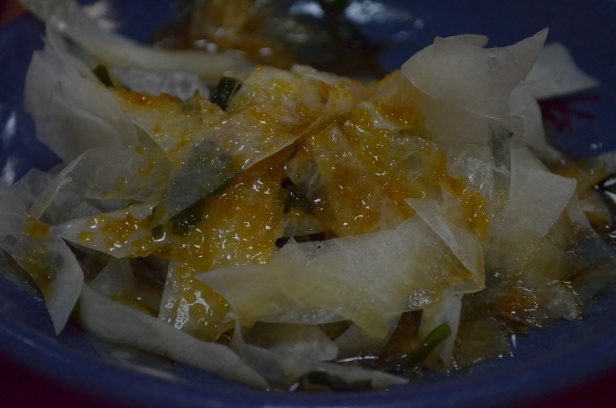 The tempura came in all shapes and sizes: slices of sweet potato and squash, clam (shell and all), shrimp head, kakiage (another variety of small shrimp), squid, etc.  What really surprised me was how inconspicuous the oil was – there were only a light, thinly battered crisp and a hot bite of whatever underlying ingredient.  My favorites were the tiger prawn, shrimp head, shrimp cake, sweet potato, and pearl onion. 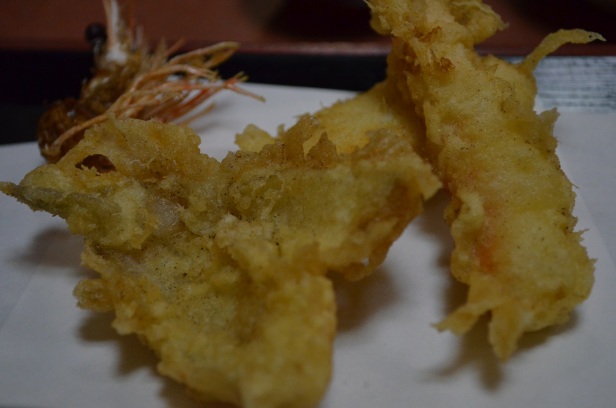 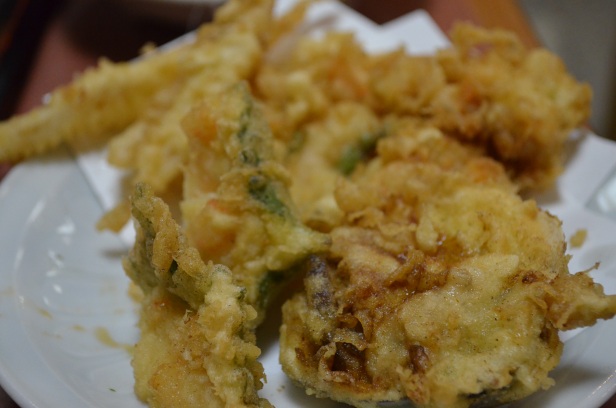 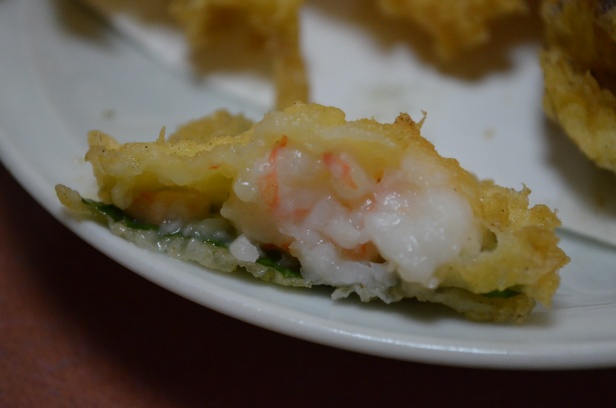 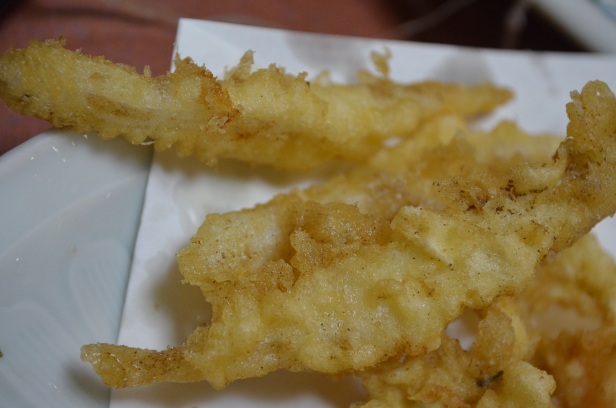 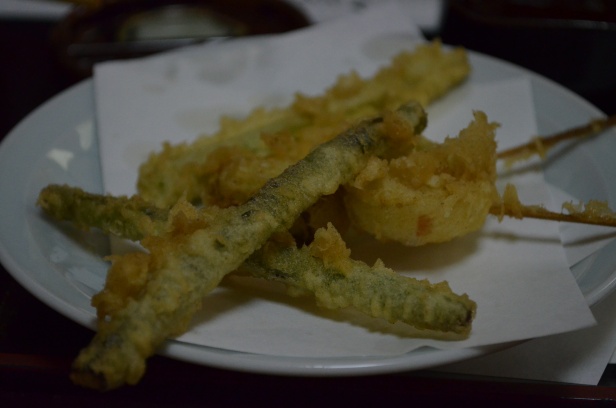 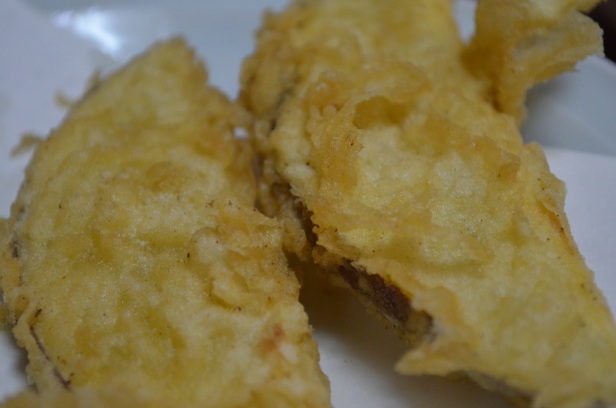 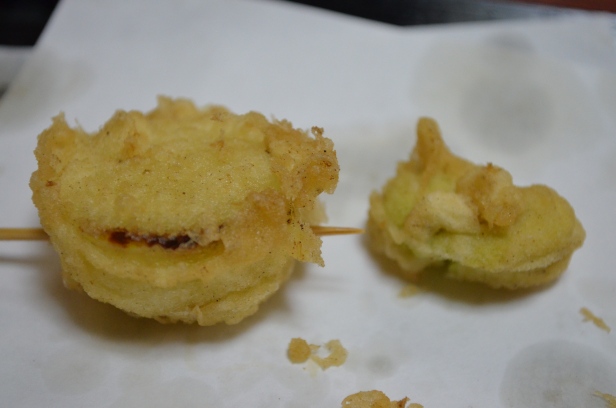 Unfortunately, I don’t remember if I got any anago (sea eel), which is featured on many of Tunahachi’s set options.  Interestingly, on paper, Tunahachi still doesn’t match up to the precise, perfected craft (or hype) of some of the Michelin-starred tempura institutions Tokyo has to offer, but this was a great first step, away from the staid tempura combos and into a more discerning and gustatorially vibrant concept. 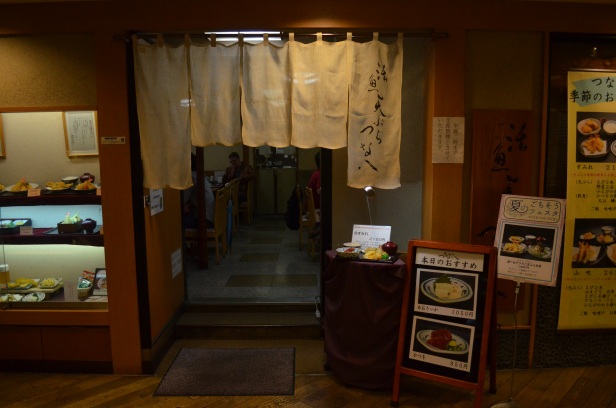