Our second day in Seoul involved a lot of walking, and by the transitive property of walking, a lot of snacks.  Luckily, the areas we visited were not only shopping-heavy, but also street-food-heavy.

First, in Insadong, the single best sweet we had in Seoul, a hotteok, a fresh-fried sugar-peanut-sesame donut: 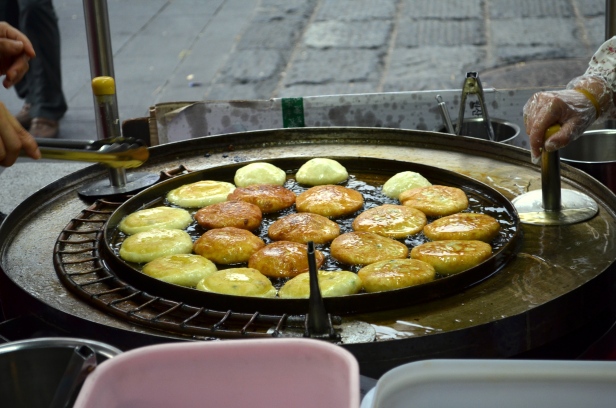 We were coming from lunch, but I still could’ve had many, many more of these.

In a fit of nostalgia about all the dried cuttlefish I used to buy from Chinese grocery stores, I picked up some that was freshly toasted: 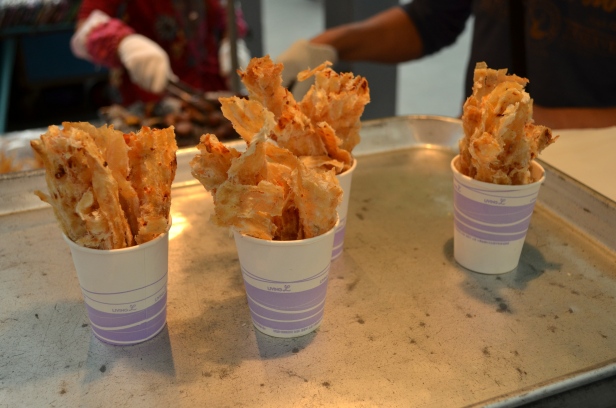 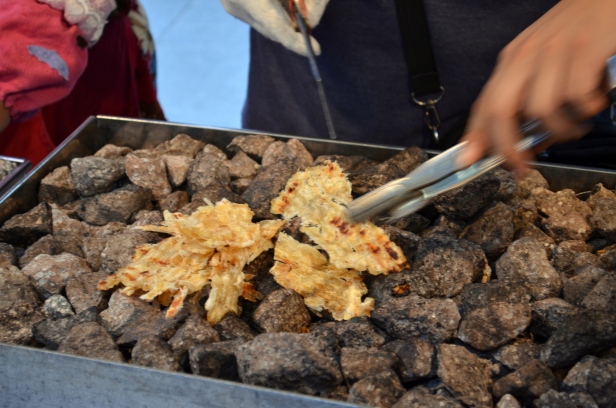 There were a host of other stalls throughout the busy commercial area as well, like puffed rice, a giant slab of nougat, grilled skewers, pancakes, and tteokbokki (spicy rice cakes): 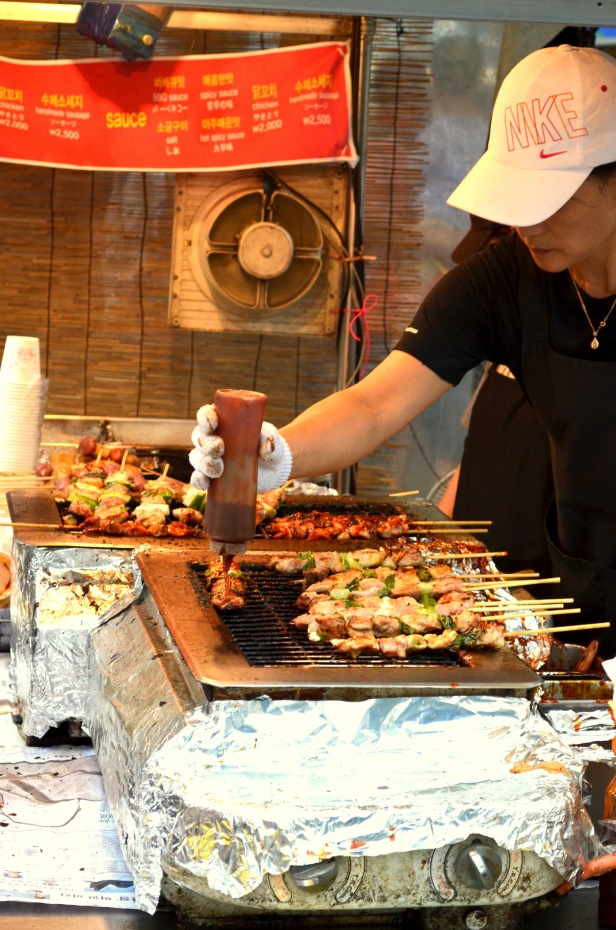 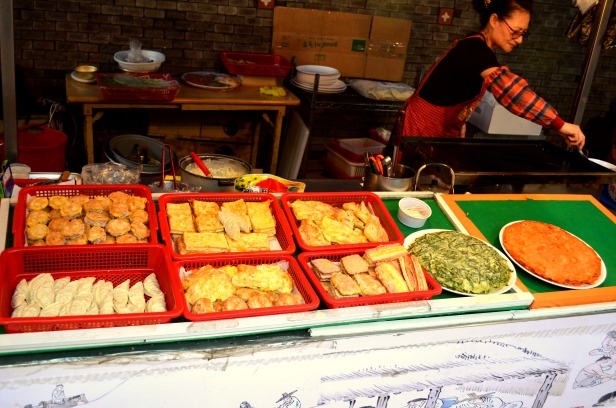 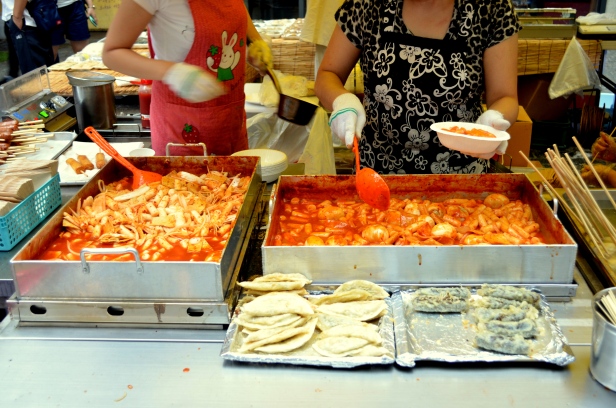 In the evening, we visited Namdaemun Market, but unfortunately we were in town during a major holiday, so the market had closed early.  Some of the food stalls remained open, however, so we sat down for a bite.  Rather, we browsed the wares and ordered with the couple manning the stall.  For the most part, things looked relatively fresh, although the pork belly was a little tough, and everything is done on the grill top, so there isn’t the sort of shallow-frying, stir-frying, or simmering that other vendors with a working flame and some pans might have. 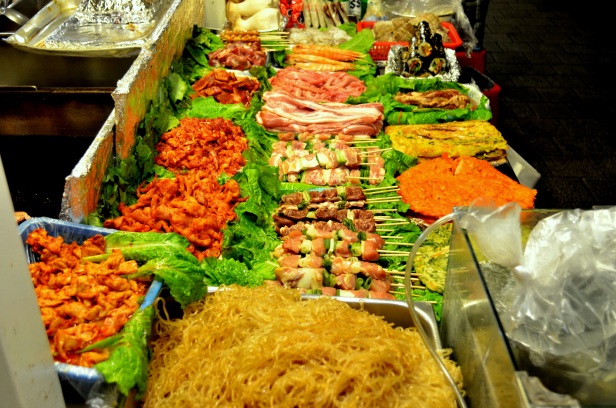 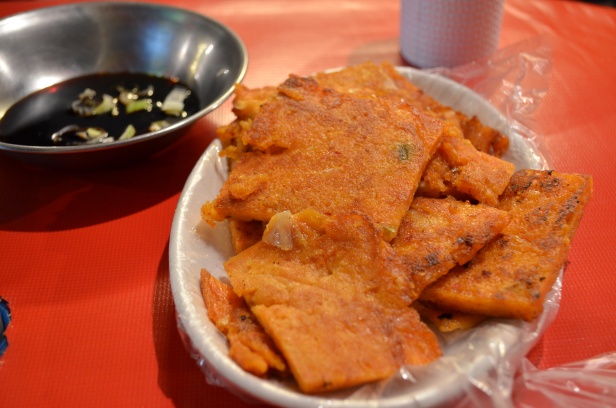 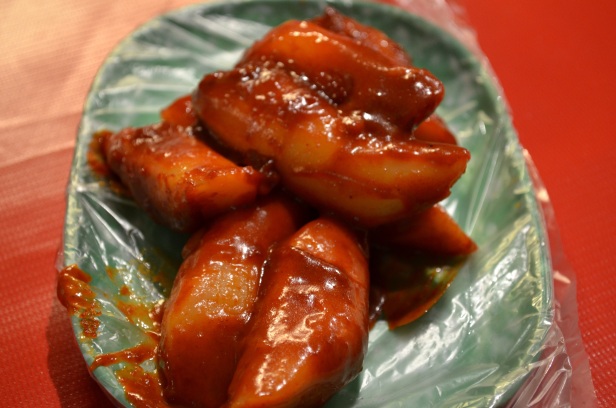