After a morning of hot & muggy tourism at the Cu Chi Tunnels, we stumbled back to our hotel in dire need of sustenance.  And since we hadn’t yet had any, nothing else sounded quite as sustaining as a bowl of phở (even if it was more than a little warm outside).  The concierge smilingly pointed us towards Phở Hòa Pasteur, and off we went in a taxi.

Even at three in the afternoon, there were a handful of diners slurping away at their bowls when we arrived in front of the restaurant’s humble doorstep.  We sat down and admired the simple interiors, a worker slicing away at a tabletop of chili peppers, several lazy flies buzzing about, the array of herbs and seasoning at our elbows. 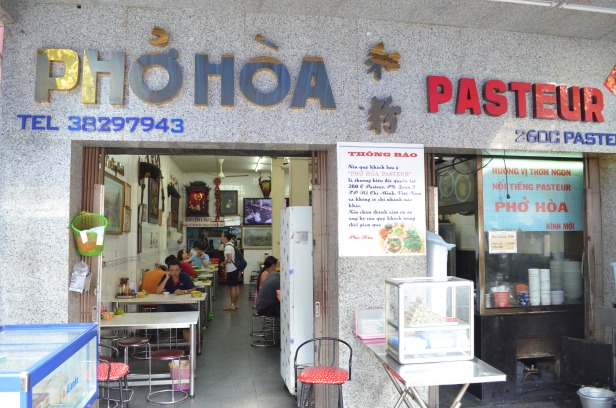 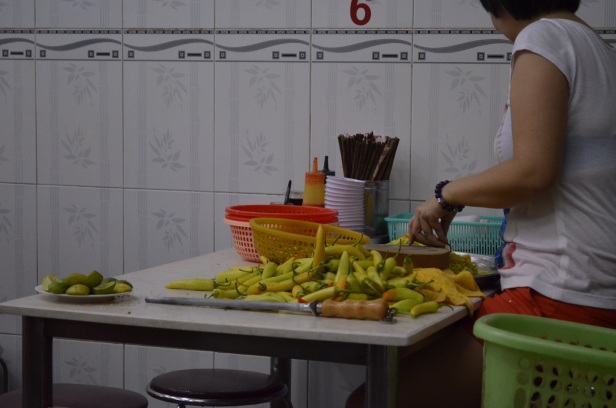 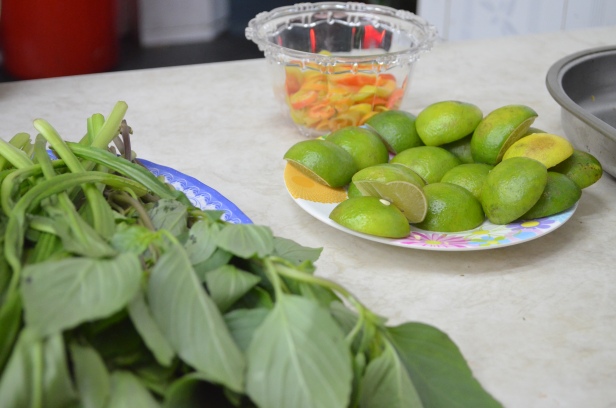 Starving from our morning tunneling (that’s not a euphemism for anything), Myra and I each order a bowl of pho, along with fresh coconut juice, spring rolls, and a steamed pork bun.  I chose pho with brisket and crispy something-or-other (pork?  I can’t remember), while Myra had brisket and beef balls.  The freshness of everything was immediately apparent, and only reinforced by the lady quietly dicing the chilis I was putting into my soup.  But beyond that, the broth had such depth (for something that looked so clear and light), made more interesting by the hints of basil and lime juice I then added.  The noodles were tasty, a bit springy and a bit salty, in balance with the complexities of the soup and toppings. 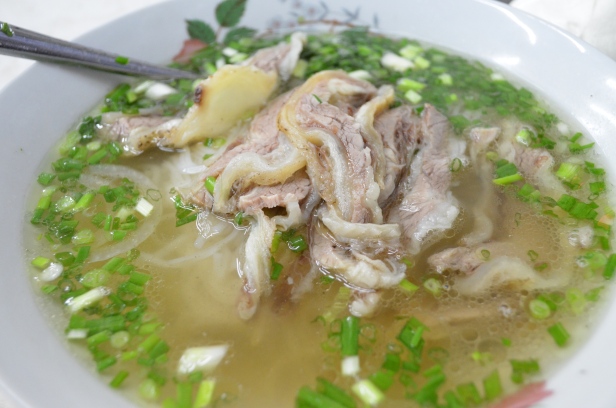 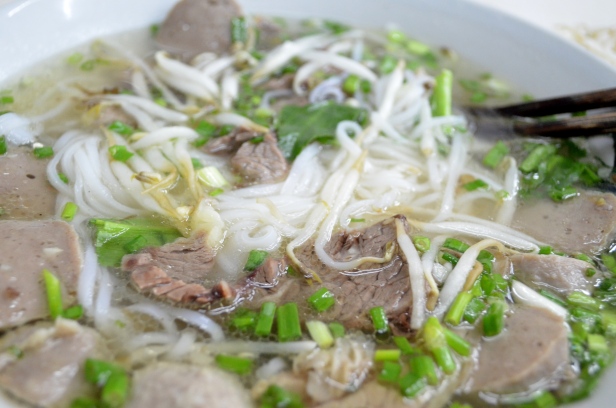 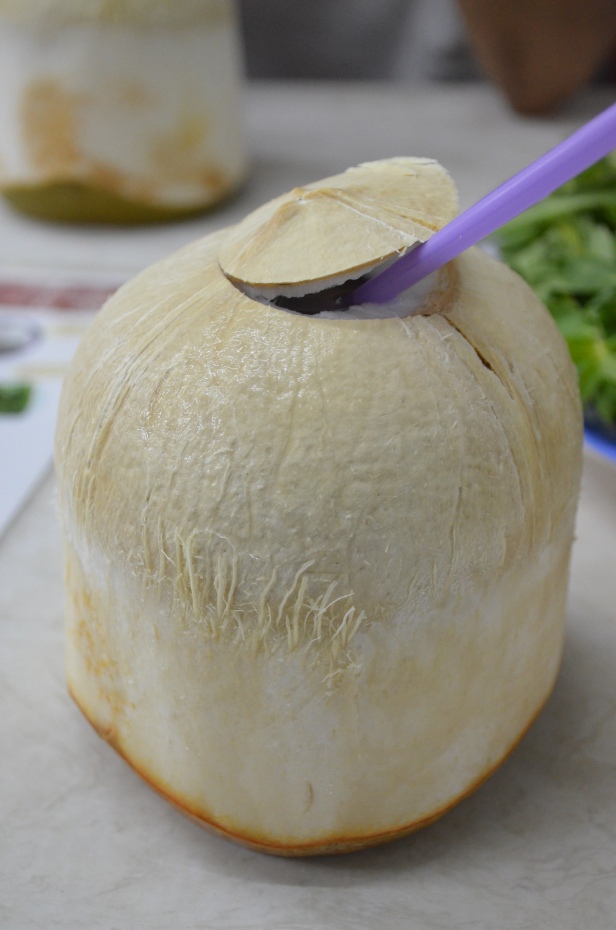 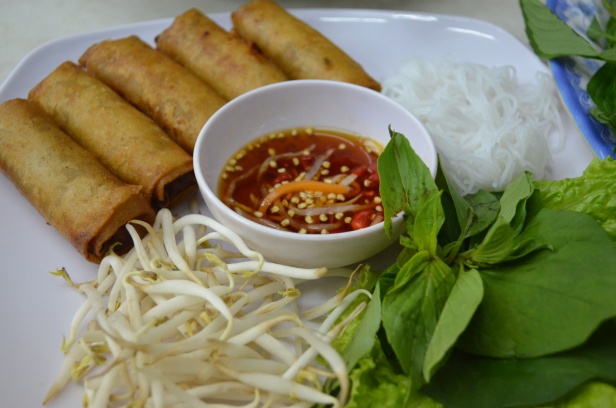 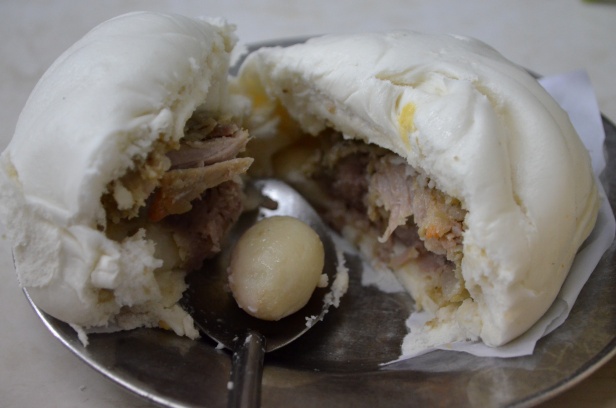 The pork bun was quite tasty, too, though I suspect that it gave my stomach some issues later on.  To find small hard-boiled quail eggs tucked into the chunky pork filling was a neat surprise, a textural contrast to the ground pork & vegetable combinations I am accustomed to seeing in China.

I couldn’t help but snap a photo of the vats of soup simmering in a room off to the side of the kitchen.  It’s essentially what I’d like to turn one of our extra bedrooms into: 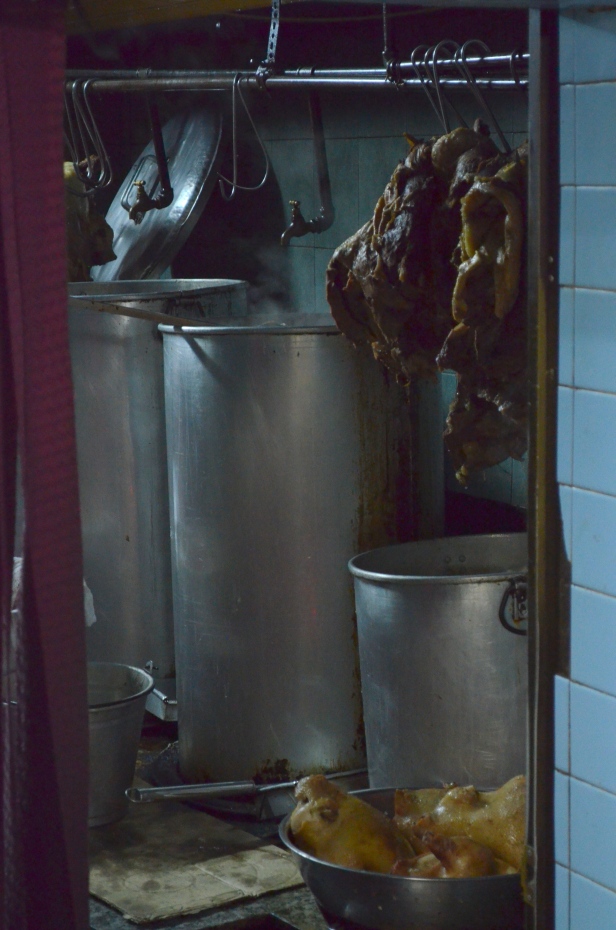