Breakfast is a big thing in Taiwan, and Yonghe Dou Jiang Wang (永和豆浆王) specifically is one of Taipei’s much-lauded breakfast joints, serving up a number of savory snacks and versions of soy milk.  I visited the location just south of the Da’an metro station, on the first floor of a nondescript building, where two small lines had formed for Yonghe’s eat-in and take-out counters. 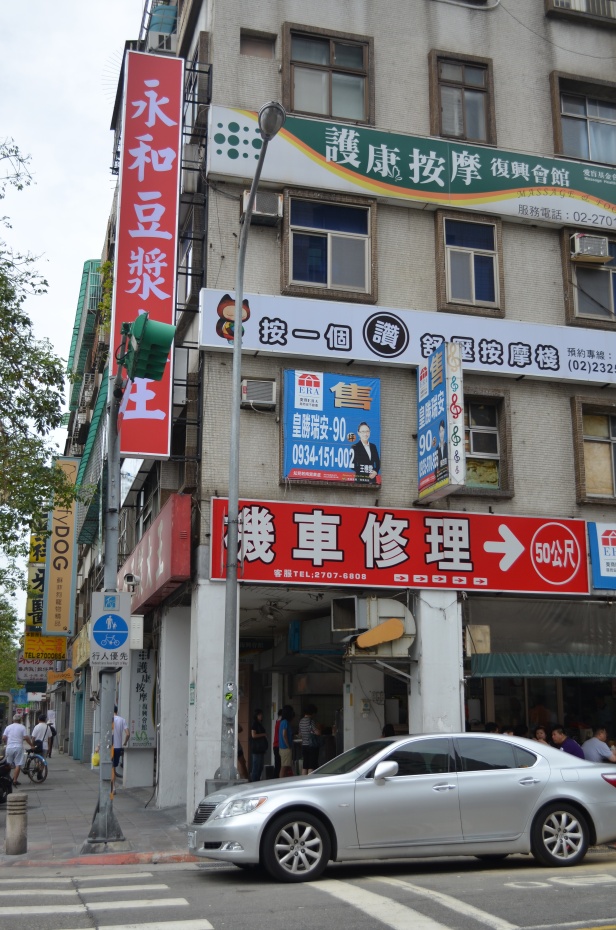 We went to the sit-down counter, where orders came together with the urgent shout-outs and efficient flurry of hands and feet whirling about in tight quarters.

Even though Yonghe traffics largely in a simple handful of items, each of those can be customized with egg or pork floss, or wrapped in a bun, so the actual menu is a somewhat lengthy affair filled with iterative dishes.  Not a bad thing, but a bit overwhelming for a newbie.

Nevertheless, we went to town.  My favorite was the fantuan (饭团), a rice roll filled with a crushed youtiao (油条, literally translated as ‘grease stick’), pork floss, and some diced fried radish.  Fantuan is basically the ideal combination of sweet-savory (pork floss), chewy (rice), crunch (youtiao and radish), and greasy (all of it). 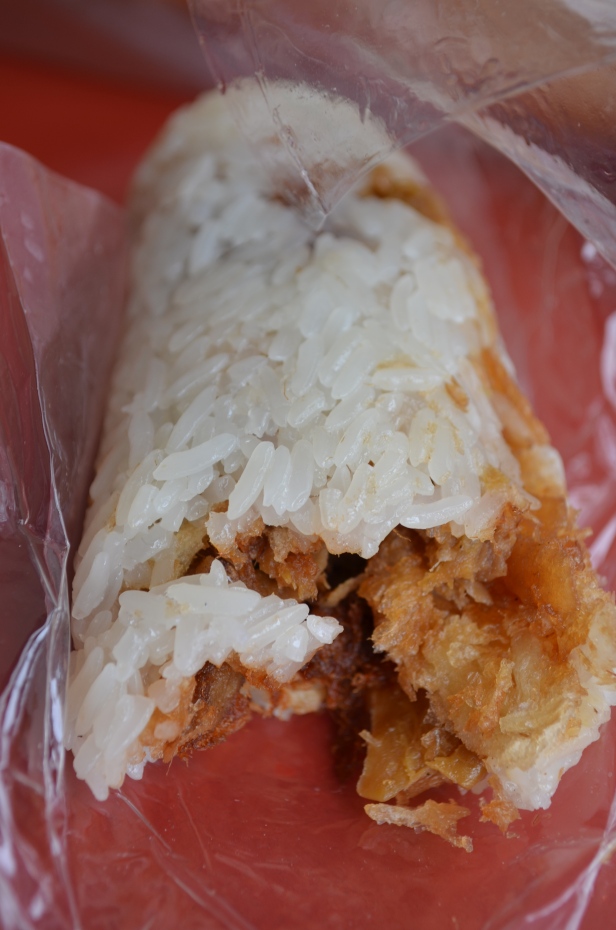 Dan bing (蛋饼) to a layman resembles an egg-battered tortilla (clearly a nuanced description from yours truly), or more loosely, its cousin the scallion pancake (which has a range of styles).  Regardless it is simple but delicious, the outside surfaces exposed to the griddle slightly crisped, but otherwise delicately chewy. 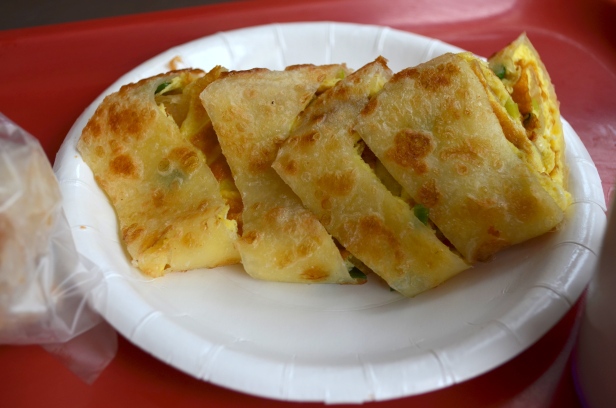 Yonghe also has an egg-battered turnip cake, although it was the least memorable of what we ordered; unlike its more delicious dim sum- or Fuzhou-style counterparts, this one wasn’t fried or charred. 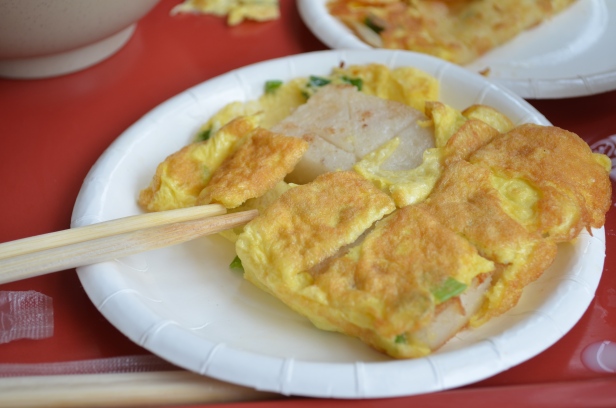 No, we didn’t eat this entire pile of youtiao, although I would have liked to. 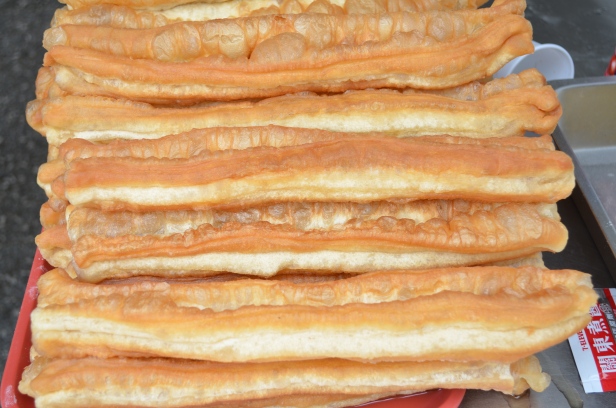 The salty hot soy milk, which has vinegar to kind of curdle the milk, as well as dried shrimp, scallion, chili, pickled radish, and a bit of pork floss for seasoning.  I didn’t really take to this, but it’s something Yonghe is known for. 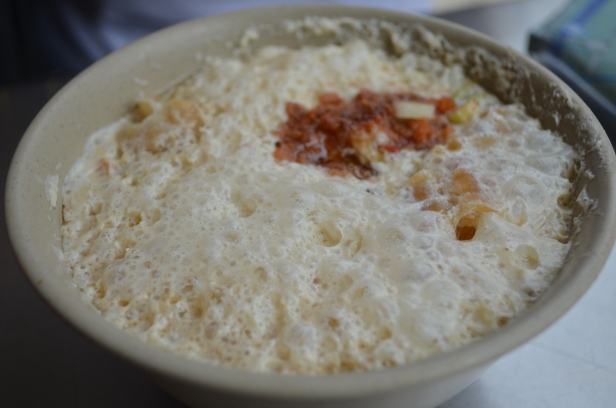 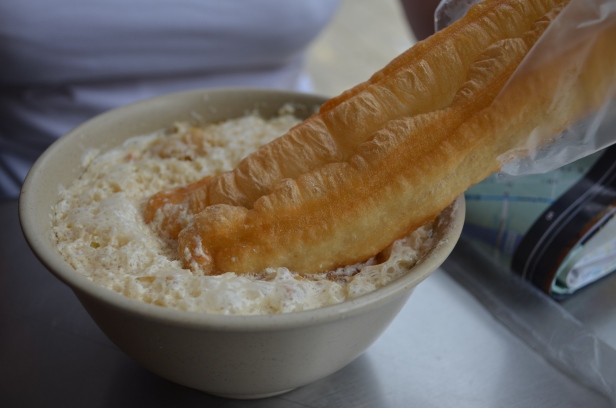 I much preferred both the hot and the cold sweet soy milk.  Clearly. 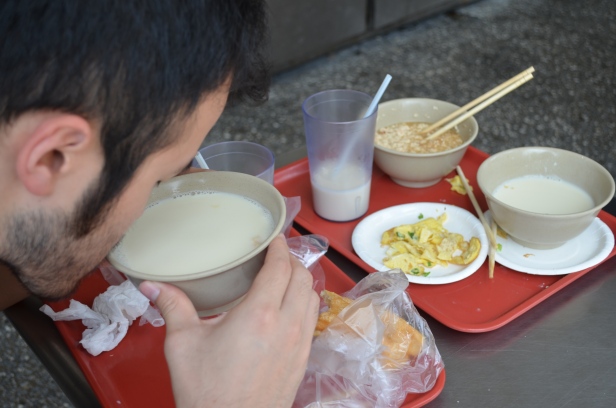