We took a stroll one day from our hotel near the river through the heart of Vientiane.  After stopping by the Presidential Palace and Wat Sisaket, we ambled towards one of the most prominent relics of the country’s French colonial history, the towering Arc de Triomphe, or the Patuxay.  Along the way, we saw a few stalls selling a variety of things we didn’t recognize, meats and sausages and curries and things in covered pots.  We hadn’t heard much about Laos’ street food, or rather only that the streets weren’t busy enough and the city not populated enough to sustain the same vibrant street food culture as its Southeast Asian neighbor countries.  That isn’t to say that the sights didn’t inspire hunger. 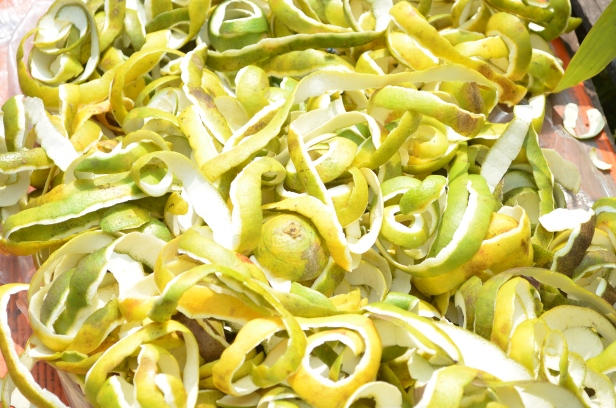 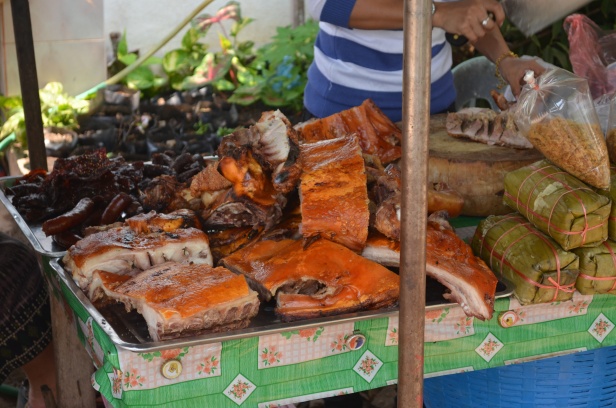 That last one didn’t feature anything edible, I know – just a cool sight on the way to Patuxay, which is situated at the end of a long, broad avenue (Lang Xang) – or at least by Laotian standards.  The Champs Elysées of Vientiane, if you will.  In structure and setting it is similar to the l’Arc de Triomphe, but Patuxay is dedicated to Laotian soldiers who perished during World War II and (somewhat ironically) the fight for independence from France.

Though not as massive as other notable war monuments or memorial structures, Patuxay is nevertheless imposing, especially given the flatness of Vientiane.  At Patuxay’s base are a few unremarkable convenience stores, so if you wanted you can lounge for a bit in its shadows, sipping on a cold bottle of Pepsi, before taking the few flights of stairs up (past two floors of souvenir shops) to the rooftop (which has another souvenir shop).  The nice part about the souvenir shops is that nobody really bothers you to buy anything. 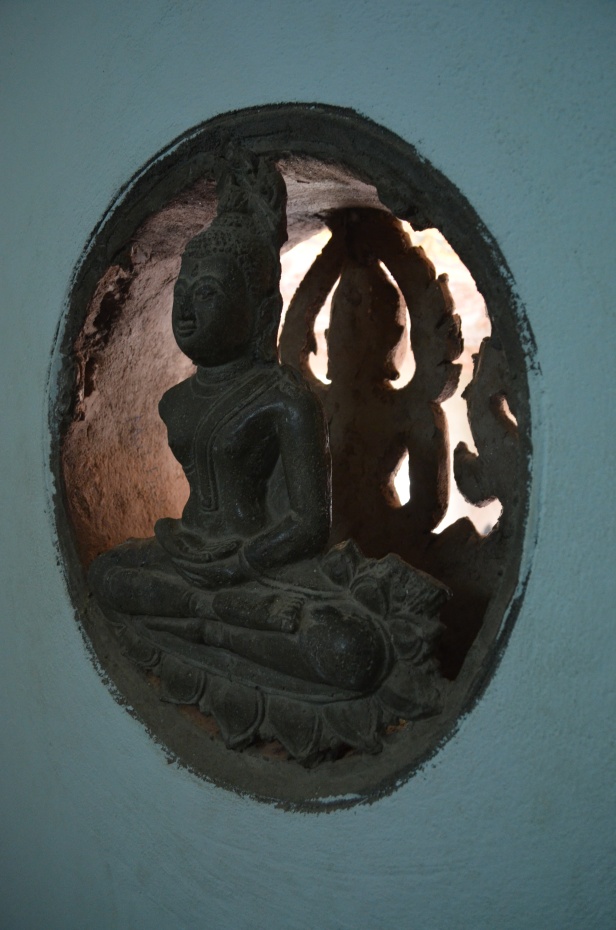 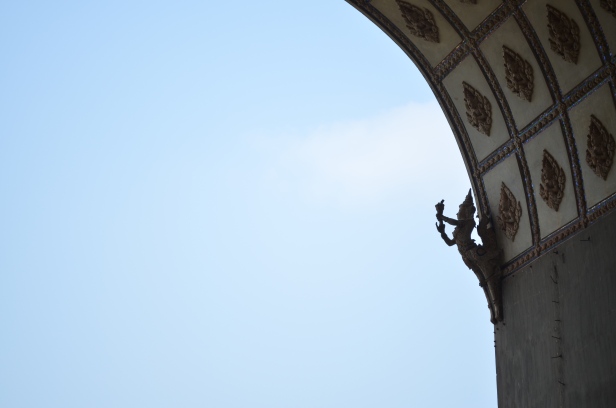