A Niang is the second coming of an old neighborhood favorite whose matronly former chef-proprietor passed away (the restaurant was resurrected by her son).  More on its history can be found on Culinary Backstreets.

I stopped in on two separate occasions for a bowl of noodles, and walked away fairly impressed both times (and heartily satisfied), especially by the quality of the broth and by A Niang’s house special yellow croaker noodles (to which I added a boiled egg). 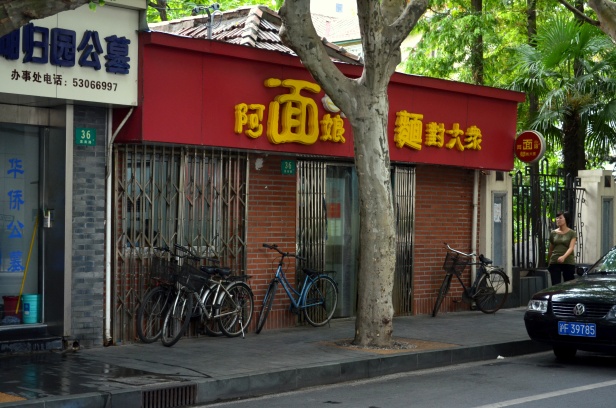 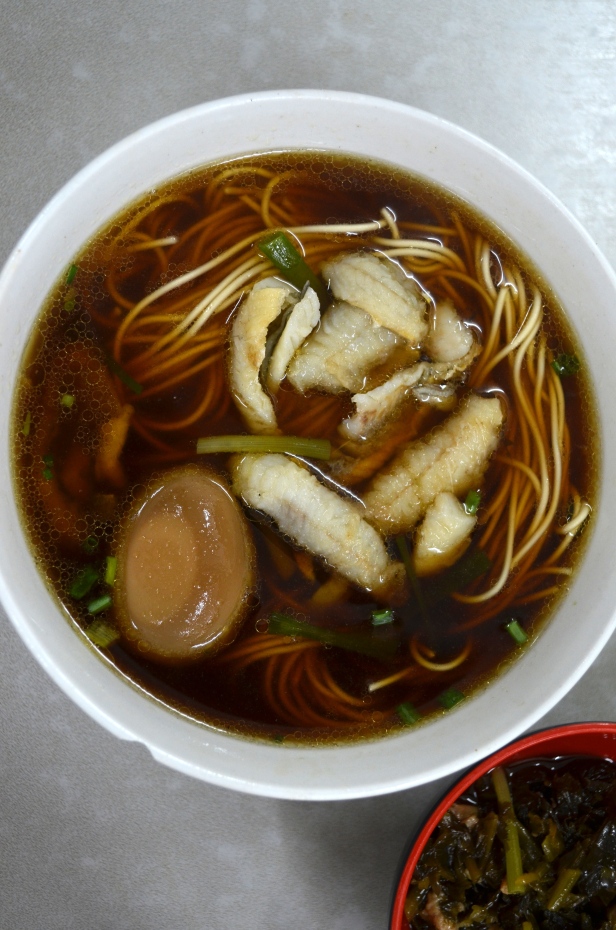 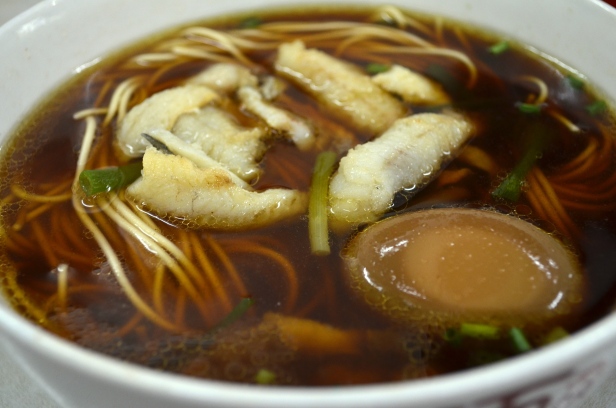 The soup, colored with soy sauce, is a surprisingly light on oil, a savory blend of stewed fish bones, saltiness, scallions, and the inherent sweetness of the fish.  The yellow croaker filets are flaky and sublime, barely registering on the tongue before melting into a swirl of sweet butter, like a good piece of toro sushi.

I came back a few months later for the crab noodles, a mix of crab roe and minced meat.  There’s a dry version of this noodle, and in retrospect that’s probably a better one, because the crab kind of dissipates into the soup very quickly.  But the A Niang calling card seems to be a hint of sweetness nestled into the toppings. 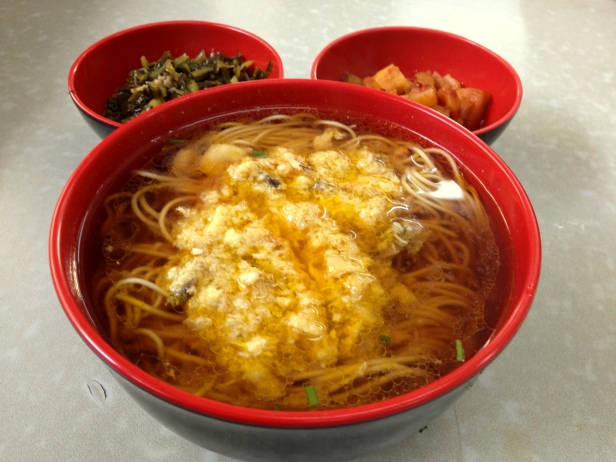 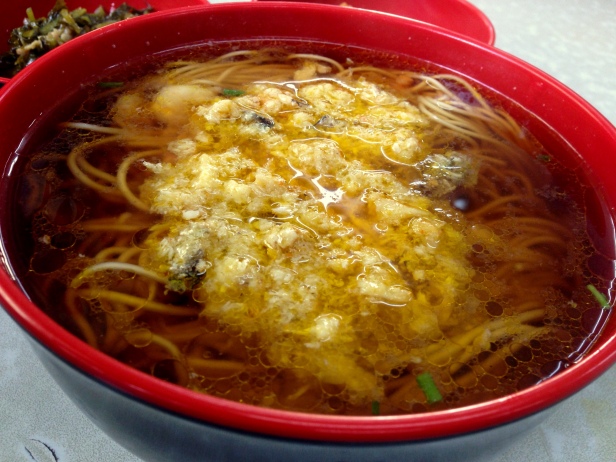 The side dishes added a bit of chewy fiber to the noodle-slurping experience, the pickled flavor of these chopped greens and the sour, spicy crunch of daikon. 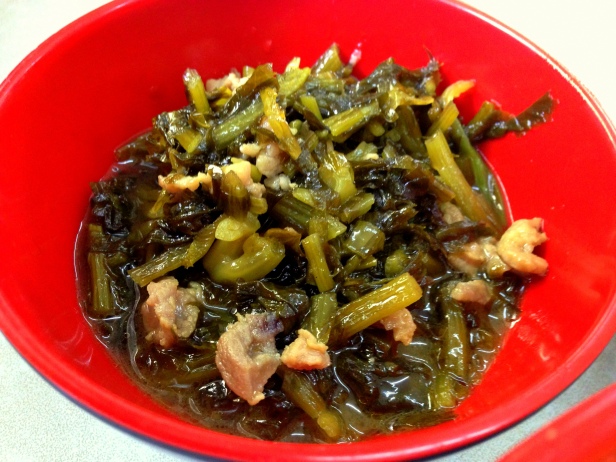 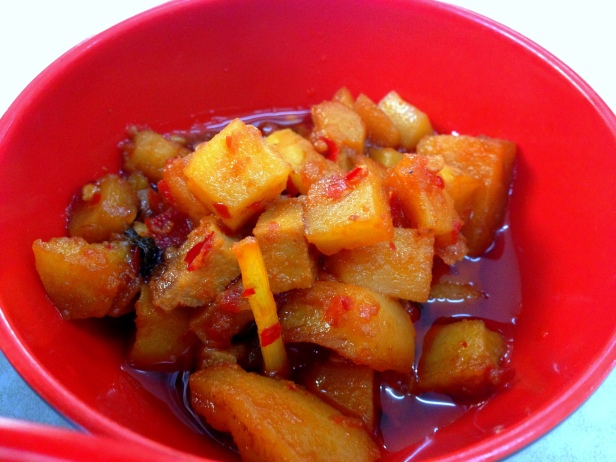