Another popular recreational draw in Chengdu is the ever-crowded Jinli Walking Street, which features a whole bunch of street food vendors selling mouth-watering and sweat-inducing snacks.

The most basic and popular item is the BBQ skewer, which frankly isn’t my favorite.  I realize that’s somewhat blasphemous, the skewer being such an integral part of Chinese street food culture.  The force of the chili powder and cumin is a bit much for me, although it depends on what’s on the skewer as well.  I won’t say no to a bit of crisp chicken wings or some gizzards, but I’m not so motivated by most of the scant strands of nameless white meat. 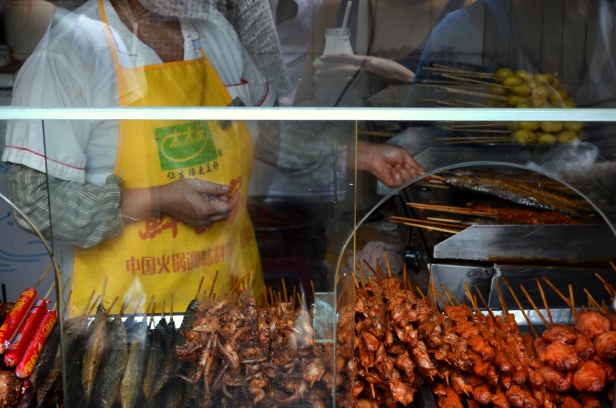 Pineapple rice, though, I can 100% get behind.  Especially ones that are basically freshly steamed (one batch every twenty minutes or so), first come first served.  While not as intense in acidic sweetness as the ones I had in Xishuangbanna, they were still pretty tasty, and a welcome diversion from the otherwise ubiquitous taste of chili. 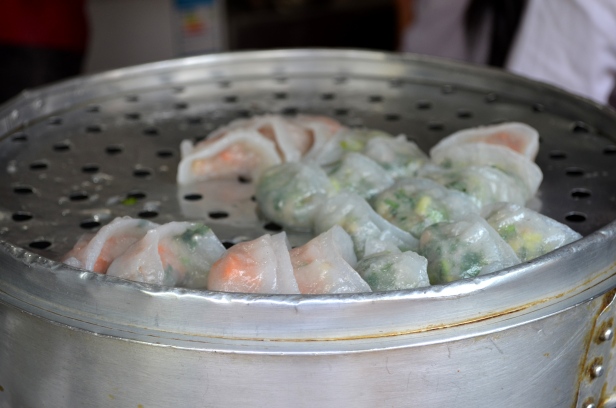 These mung bean jelly rolls were at once light, refreshing, and deceivingly spicy (partly because of the light and refreshing part, but also because of the vinegary, cilantro-tinged complexity of the spice).  Sort of like a great, cold papaya salad at a good Thai restaurant, where even the intense heat won’t stop you from eating.

There were other rolls, too, but I didn’t try these.

But I did eat one of these deeply satisfying tea-smoked ribs, which were infused with a superb pungency with a country-ham-like dryness to the meat. 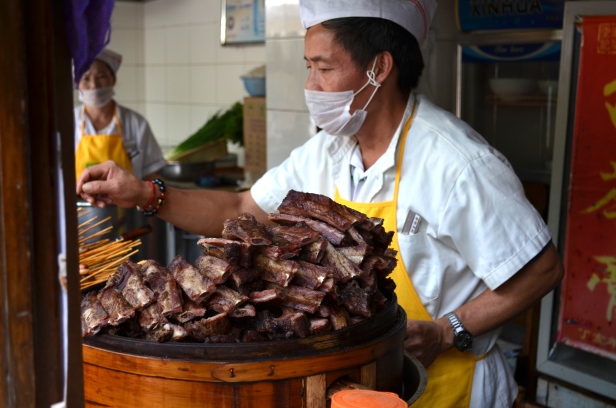 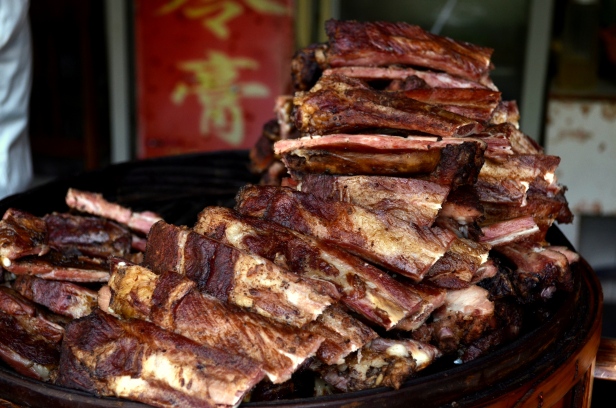 Some sesame sweets, because why not? 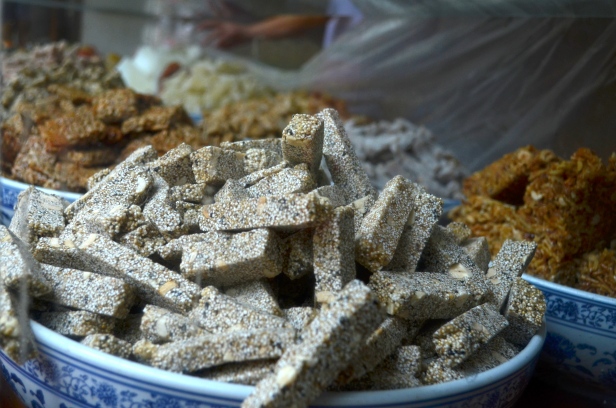