On our day-trip in Abu Dhabi, before heading back to Dubai, we stopped by Masdar City, a self-described “cleanteach cluster” a short drive away from downtown Abu Dhabi.  Our friend Russell had given us a cursory introduction, in which he’d mentioned that the city, still being built, had self-driving cars.  We couldn’t help but be intrigued.

Perhaps it was the time of day (early evening), but walking into Masdar City, sparkling clean and practically empty of people, with various touchscreen panels dotted with videos of talking scientists and other serious-looking people – it was hard not to shake the unsettling futurism, that Masdar City could be the backdrop to some robots-gone-berserk or human-cloning mad science. 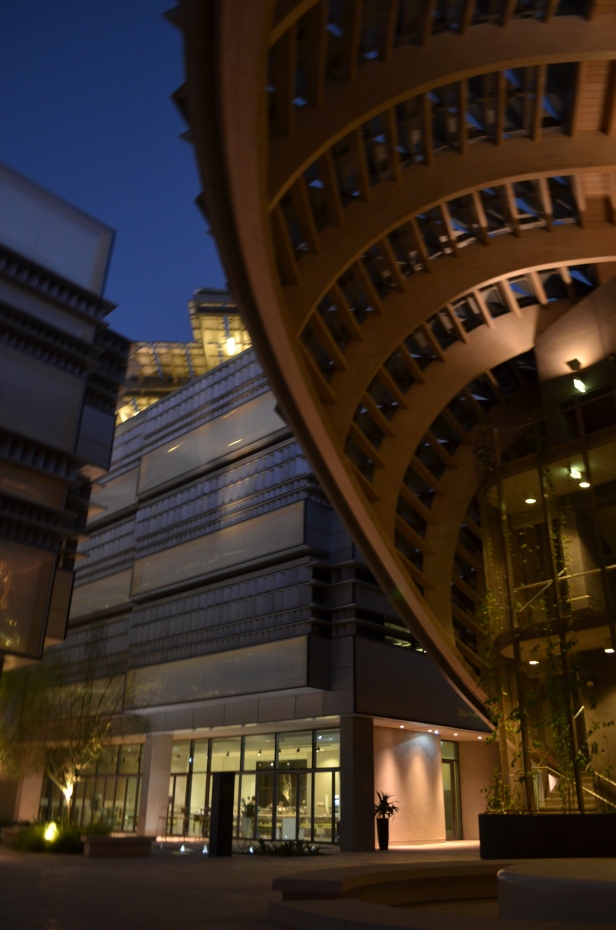 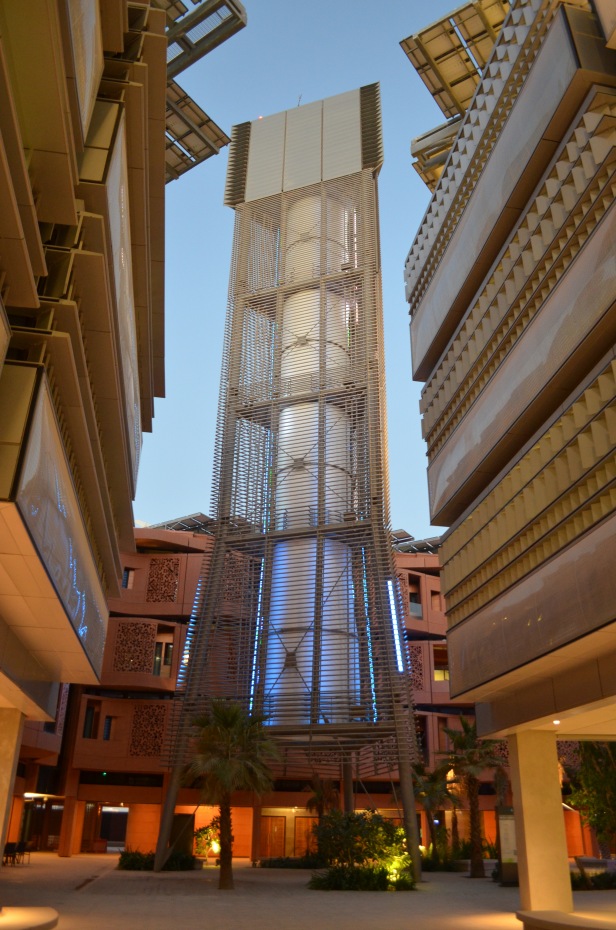 The wind tower, going along with the city’s theme of minimizing emissions, borrows from similar structures seen in Persian architecture (windcatchers) that help cool a house.  Here, a windcatcher is deployed to cool an open-air square, aided by the forced evaporation of water along the structure.  This process pulls heat from the air, and the colder air moves toward the bottom of the structure and out, ventilating the walkways.  Otherwise, the buildings’ rooftops are adorned with solar panels.  During our stroll, we saw very few people, and it was uncertain whether they were residents or visitors.  Still, it is not hard to imagine the attraction (or at least the novelty) of living in a place like this.