While there were slightly more upscale places (in relative terms), and menus that were more familiar or more prominently advertised as authentic Lao, our two best meals in Vientiane were at low-key Lao restaurants, places that one would almost have to stumble upon (if one is not a serious fatty who did some in-depth research like me).

The first place, Nangkhambang, we went for lunch after a busy morning walking the city.  We had to double back on the street until we finally saw the nondescript sign and the plain table settings.  There were a handful of customers, couples and businessfolks, and a menu that seemed absent of gimmicks.  Some tables were just recently cleared out, and there were plates full of herbs and cabbage, freshly washed.  We had fried ribs with garlic, roast quail, fried rice with sausages, and beef soup, with a side of a Lao staple, sticky rice.

For our last lunch in Vientiane, we dropped by Ban Vilaylac, a quaint little restaurant on what amounts to a sidestreet that houses two of Vientiane’s most popular restaurants (l’Adresse de Tinay and Makphet, the latter an interesting project focused on Lao specialties and run by a trained kitchen of disadvantaged youth).  Ban Vilaylac is helmed by a kind-faced older woman, and specializes in fish.  We started with some refreshing drinks and a small plate of fried peanuts: 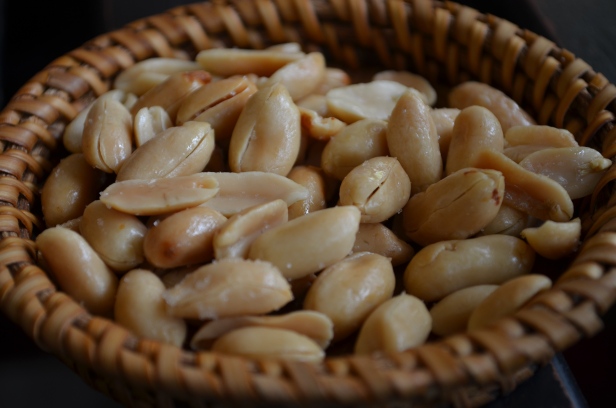 The restaurant is relatively open air, with a fleet of electric fans hanging from the ceiling and a lazy cat who slept somewhere near the entrance.  We ordered a variety of things to round out our final meal: beef laap, mixed sauteed veggies, fried fish with lemon sauce, and for dessert, mango black sticky rice:

The fish was amazingly fresh, light and flaky, fried to a perfect crisp around the edges and topped with a simple, tangy mix of herbs, garlic, lemon juice, and chilis. 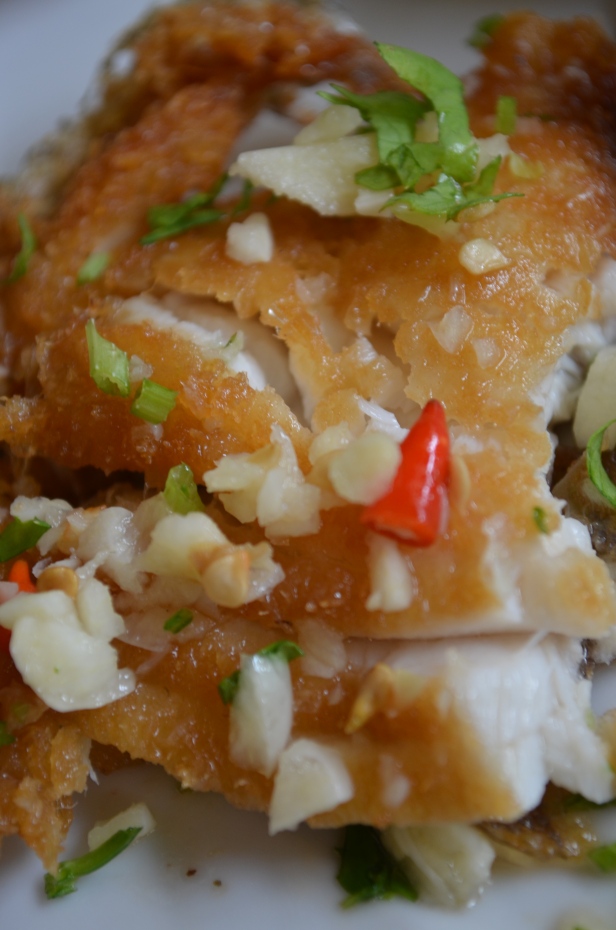 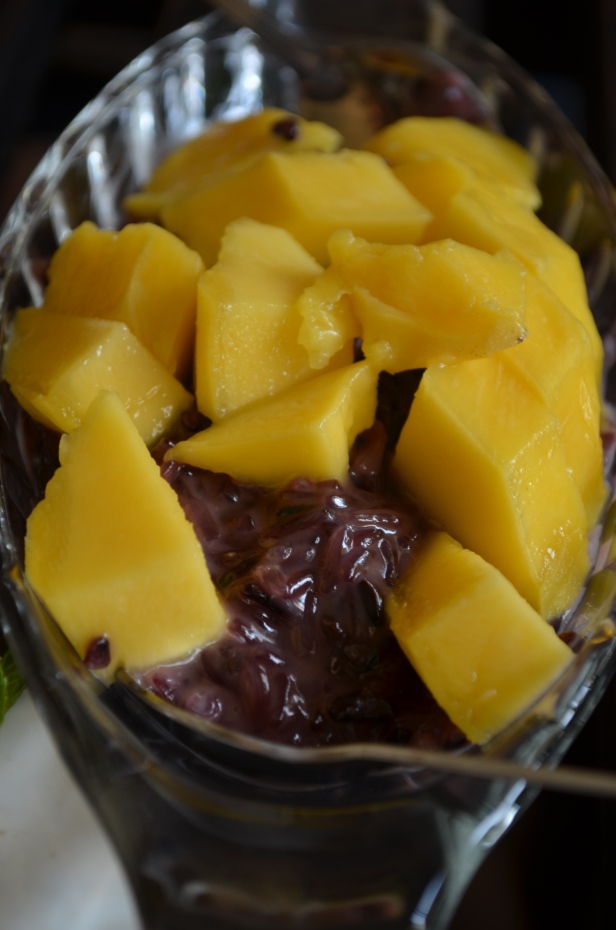 I finished with a tall glass of iced coffee – the lady brought out the tupperware of glistening coffee grounds and explained that the beans were hand-picked from the nearby forests and then roasted in woks.  It was hard to tell how much coffee she put in (most likely a lot, because I was wired afterwards) but the taste is delightfully mellowed by heavy doses of condensed milk.