I recently visited Huanglong Dong (stop snickering), a winding cave system in the forested mountains near Zhangjiajie in northern Hunan province.  The path leading to the cave’s entrance is lined with what seemed to be an homage to the region’s agricultural heritage, with a garden, small swatches of rice fields, watercress, an idle water buffalo, a few farmers with heavy yokes, and an intricate set of waterwheels.

Once inside, the cave experience is not exactly as organic (read: “cave-y”) as some other places may be – the walkways are paved, the larger stalactite-stalagmite arrangements all lit by multi-colored LCDs (some that change colors, à la Chinoise) and floodlights, and tourists are ferried along the main waterway by a small fleet of boats. 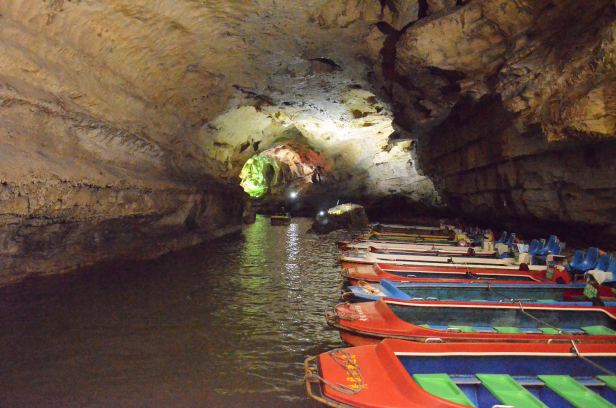 The caverns for the most part rather spacious, so there is none of the claustrophobia of other cave venues (e.g., bat-friendly Fuxi Cave’s A-Thread-of-Sky in Fujian province). 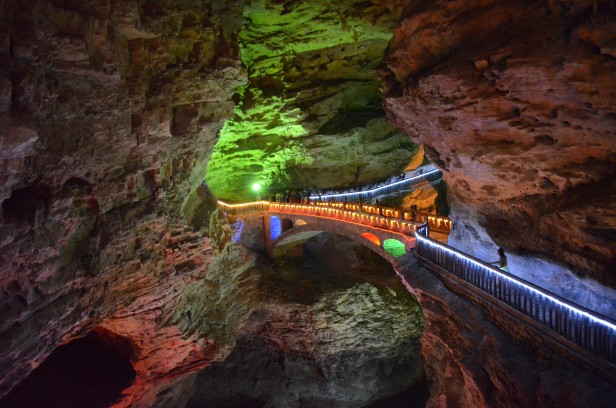 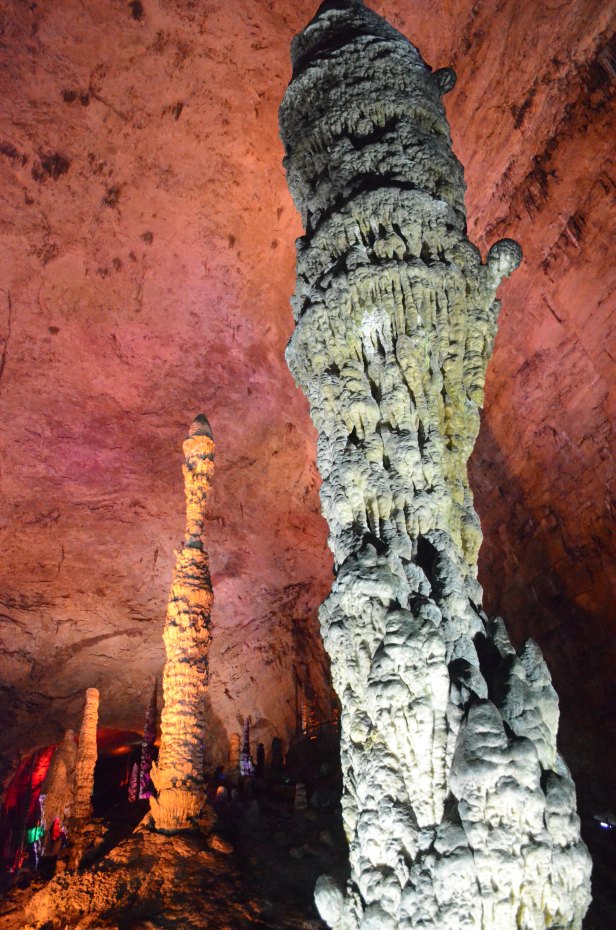 The cave is a great daytime alternative to outdoor nature sightseeing, if only as a respite to the summer’s overwhelming heat and humidity.  Even within the context of being underground, the terrain and imagery changed between the different sections of the cave – from narrower tunnels lined with smaller formations to towering open halls of limestone, trickling streams and overhead droplets to unseen waterfalls and a broad stream of uncertain depth.

Also, as a few of my fellow visitors can attest to, it’s a nice place to light up a cigarette (so good when it hits your lips!) 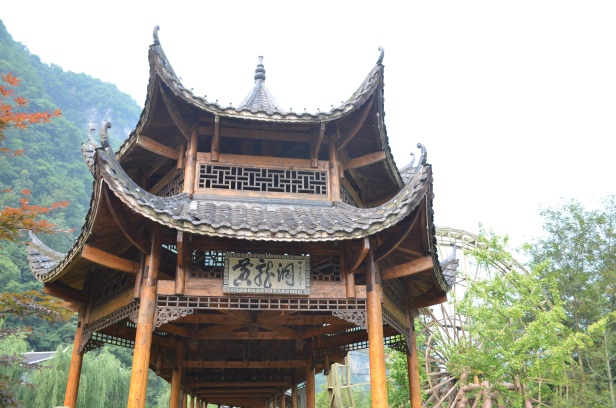