In moving to Shanghai, I had to give up my BMW 328i, which I’d had for my last year in LA.  I can still remember the exhilaration of the first corner, my first joyride in a sports car (late at night up along the Pacific Coast Highway, hanging a right at Sunset Boulevard and snaking through the Palisades), the car’s weight against the turns.  For years, since I started driving, I’d had only Hondas, cars which I absolutely love but mainly for their practicality and reliability and not for any particular excitement other than big savings on my auto insurance.

The BMW was in part aspirational but also to a great extent experiential – to drive a car that handles and picks up speed and maneuvers as well as the 328, entry-level as it was, added happiness to my day-to-day, given how much time I spent in the car.  Driving was more a pleasure, sometimes fun, and occasionally thrilling.

Visiting the Museum was therefore part Koolaid-drinking and part reverential – I wanted to see more of the company’s history (except that Luftwaffe part), what other cool machines the Germans had cobbled together.  Whereas the Italians (by way of Ferrari) impressed with in-your-face power and boldness of design, here chez BMW was an emphasis on a strange version of economy, a sense that somebody trying to coax as much performance and elegance as possible out of constrained designs.  Not to overplay the word in light of current economic times, but austere – sexy and gorgeous, but austere. 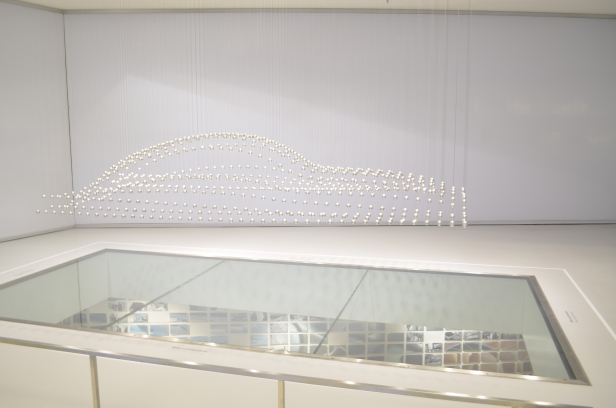 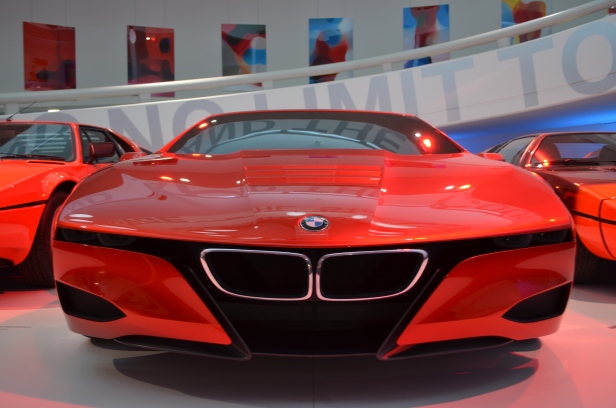 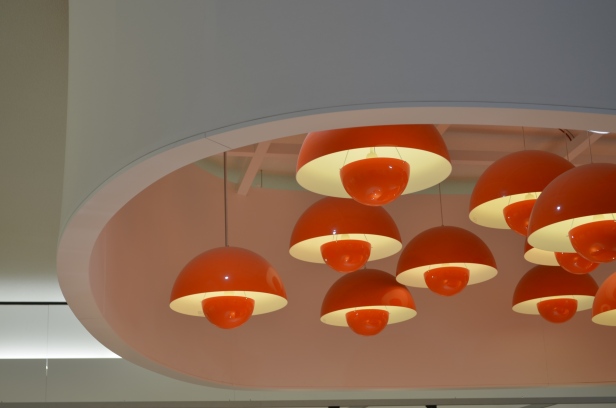 Since BMW’s stateside presence is so car-centric, it was interesting to see the brand devote as much space as it did to its history in motorcycles and airplane engines.   Clearly, they were fundamental elements to the company’s history and legacy of design (including *ahem* that little Luftwaffe thing).  Leave it to the Germans to make the inside of things so pretty. 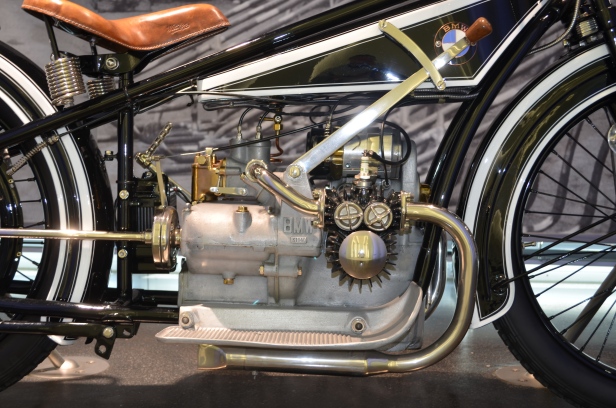 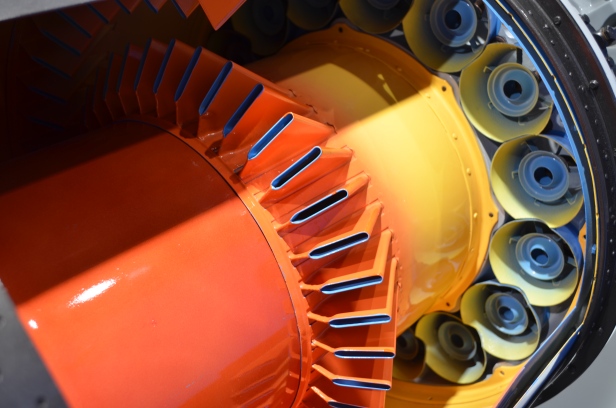