I’m not even going to show you pictures of the cronut line.  It’s cruel and it’s depressing, despite the palpable excitement of some people in line, and after this visit, decidedly not worth it. 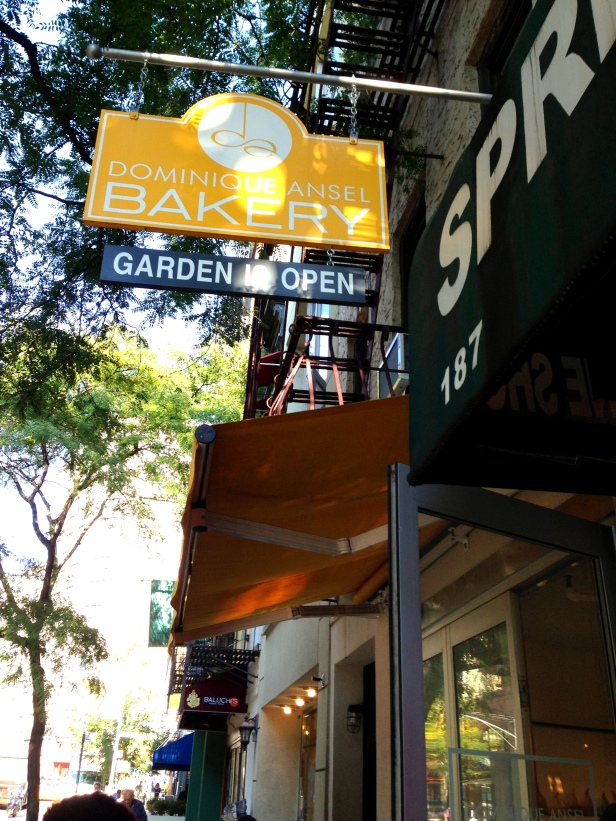 That’s not at all to say that the cronut isn’t good (it’s quite delicious), but an hour and a half of standing in line is enough to test any man’s patience, and I’ve resolved amid all my foodseeking to minimize the amount of wait-time for any particular meal.  That’s in large part why I haven’t yet had a ramen burger or a beef brisket from Kau Kee or visited Umami Burger (in New York). 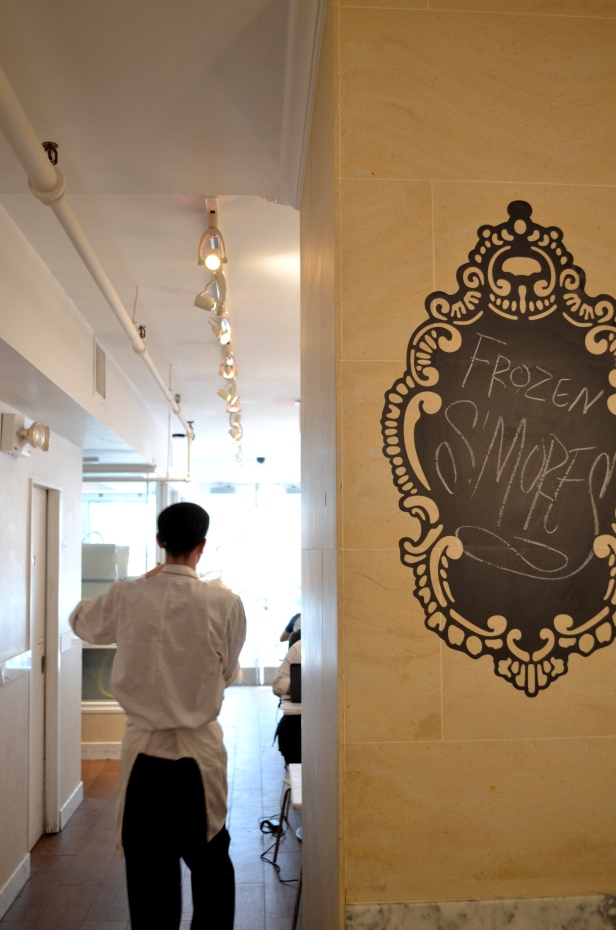 There is, unsurprisingly, still a line inside to check-out. 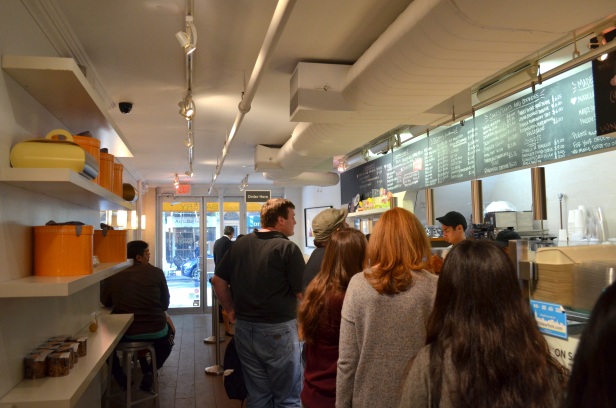 From my spot in the back of the line, I got to see the holy grail of the New York pastry scene. 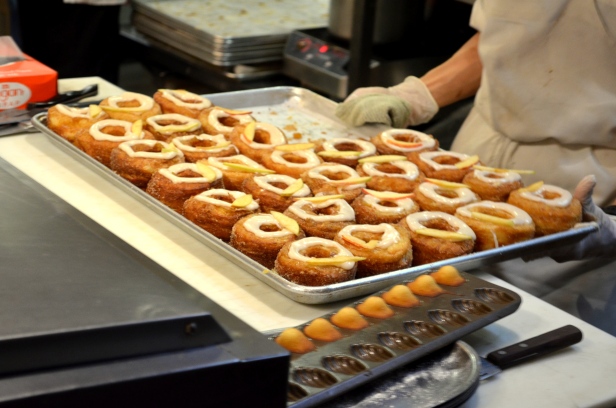 In addition to a pair of cronuts, I also ordered a box of madeleines, which Dominique Ansel Bakery makes fresh. 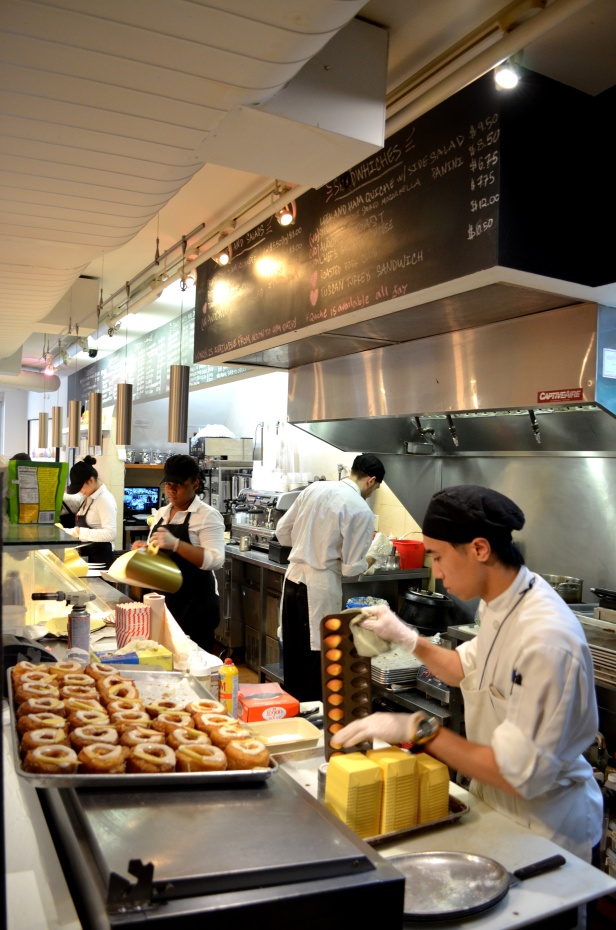 The cronuts come in a fancy folded container, two to a box.  The flavor of the day was apple. 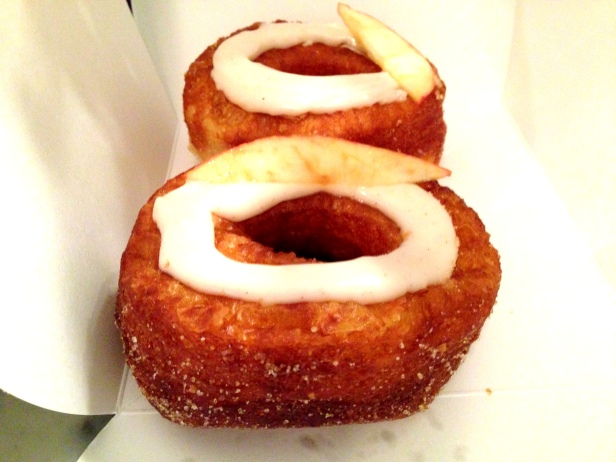 The cross-sectional view reveals the apple filling, as well as the famed cronut layers. 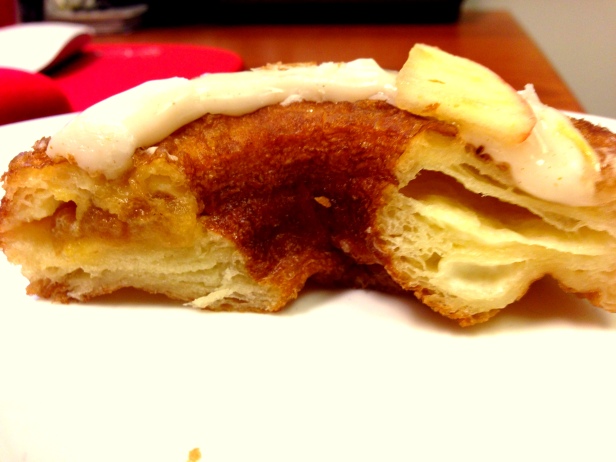 The cronut experience was tasty, the consistency like a deliciously crispy churro (with the same dusting of sugar), not dissimilar to what I’d read in a number of places (that’s the double-edged sword of hyped-up expectations – so much available literature).

What I thought was better than the cronut was the DKA, or Dominique’s Kouign Amann (Kouign Amann is a combination of Breton words for cake and butter, not surprisingly).  This beautifully warped landscape of buttery sugar crisp was more cronut (croissant-donut) than what I thought the cronut was, in that the DKA had the flakiness that I actually associate with a prime Parisian croissant, with the heightened sweetness of a donut (although the cronut does trump this on the presence of frosting).

Plus, if you’re not getting a cronut, you’re able to bypass that monstrosity of a line, which sometimes makes all the difference in the world.