For our first dinner in Saigon (on our first full day in Vietnam), we walked from our hotel in District 3 towards Tan Dinh market, past which was our destination, Cục Gạch Quán, located on an understated backstreet of sorts, a nondescript sign for a restaurant that had come highly recommended from our friend Mel.

Because they didn’t have a table on the first floor, we climbed a steep wooden staircase (I don’t know why they built it over a floor-level aquarium, but whatever) to the second floor. 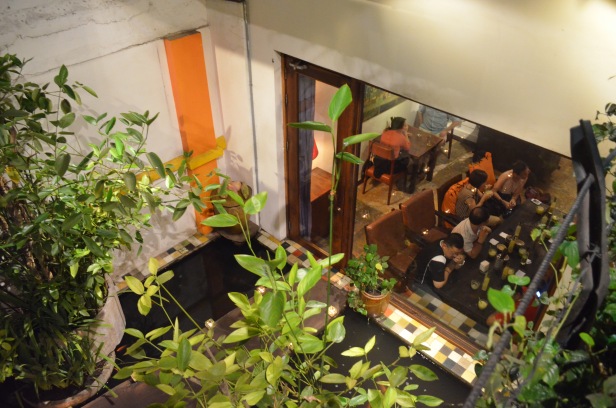 Our server, a young Vietnamese man with a huge Bieber-esque mop of hair, brought us some leather-bound menus.  Mel had also suggested that we let the staff pick for us, and that was exactly what we did.  It didn’t help my hunger or adrenaline level that on the walk over, I’d nearly been robbed of my camera by some dudes on motorbike (luckily I had held on tightly enough), so we were ready to eat.  Young Bieber not only suggested specific dishes, but helped us match and proportion out our meal as well.  We got some drinks to help cope with the muggy night air, admiring the wall decor as we waited for our food: 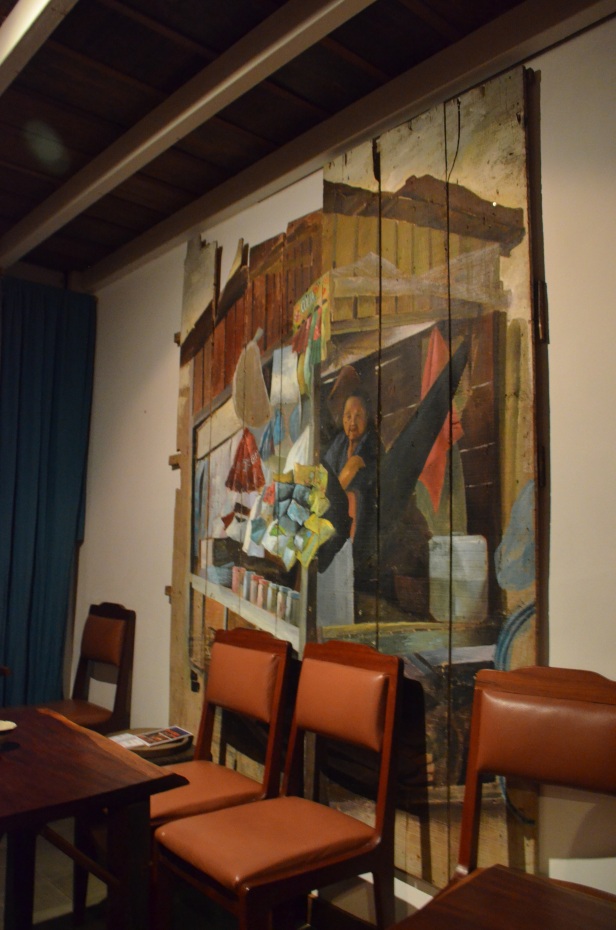 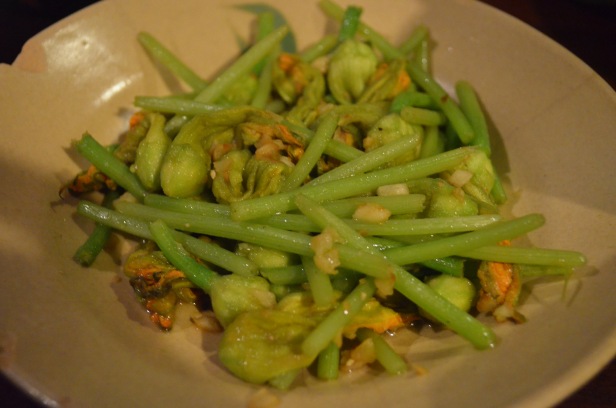 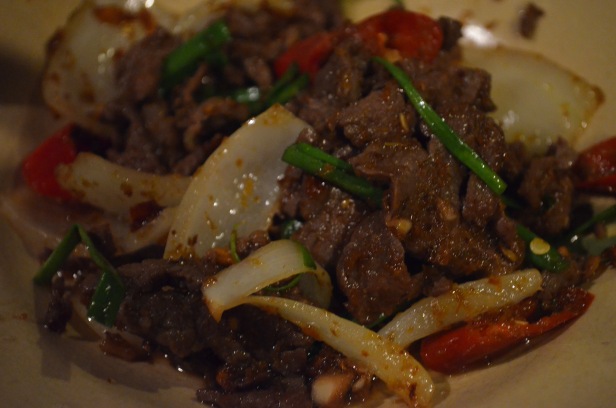 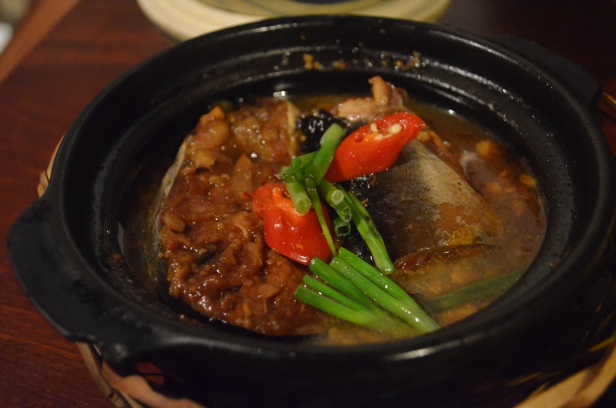 Put simply, the flavors were incredible, each straightforward in their own way but intense, deriving from the freshness of the ingredients and from long-lived recipes.  I’d had squash blossoms before, which were also on the menu at CGQ, but wanted to try pumpkin flowers, which were like a slightly sweet version of celery (obviously without that distinct celery taste).  Both the beef and the fish were both deliciously tender, with hints of spiciness; we had rice to balance out the saltiness of the fish, something for which Young Bieber had prepared us.  The tofu was my favorite, not only for the textural combination of deep-fried crunch and fresh-made silkiness, but also because the seasoning was so good that I ended up just eating a lot of white rice with spoonfuls of the lemongrass salt.  I was tasting (and pleasantly surprised by) most of these flavor profiles and ingredient used in ways that were all new to me.  Plus, it was nice to have a server who was good at his job.

For dessert, we devoured some homemade yogurt (just slightly sweet and tangy) and banana fritters (again, slightly sweet).  After such flavor-heavy main courses, the relative lightness was quite welcome. 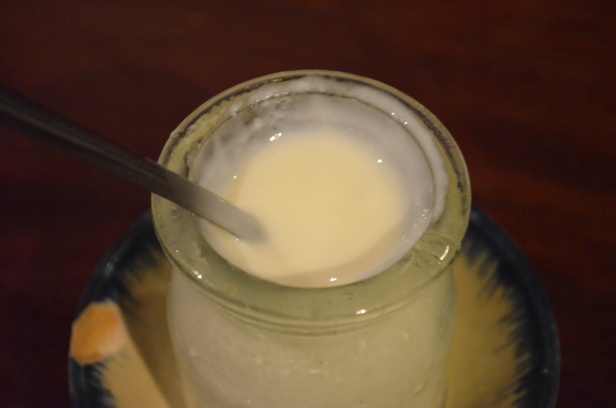 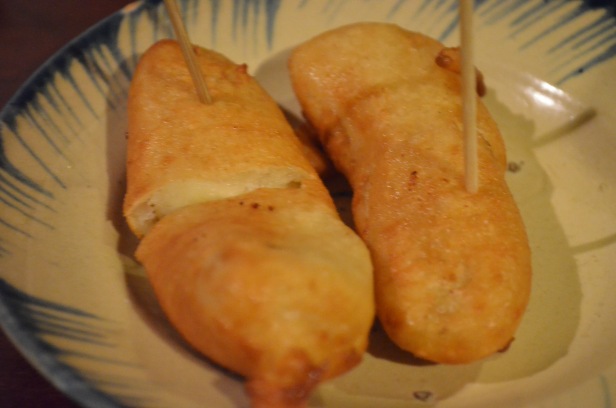