One of our best meals in Maui came at the end of an incredible day spent navigating the Road to Hana, after an suspenseful two-hour drive back to Paia Town, where we arrived at Mama’s Fish House, an expansive open-air restaurant next to the rocky shoreline.  What makes Mama’s unique (and also quite pricey) is its ultra-local and constantly revolving menu that features fresh-caught fish and seafood, often brought in that very morning.  Paia Town is home to an early-morning fish market, and Mama’s has also developed a widespread reputation across the island for its willingness to buy amateur fishermen’s catches – through these, it’s been able to sustain its menu-changing practice.

Our waiter was very helpful, and had a good memory of where and how each dish was caught and prepared.  Our appetizers were each unique, the first in its preparation (ono marinated in lime and coconut milk, otherwise named a Tahitian Ceviche), and the second in that the octopus (grilled, on a bed of daikon) was snagged by one of the restaurant’s own waiters diving some two hundred feet off the coast of Kuau Cove.  I’ve never had such flavorful octopus before.

For our mains, we had opah (grilled on a ti leaf with garlic and spices, with coconut rice, plantains, stir-fry veggies, and Hana papaya salsa) and Mahimahi (stuff with lobster and crab, and baked in a macadamia nut crust, with asparagus and a piece of lobster tail).  Both plates were overflowing, and I also added a side order of slow-cooked Big Island wild boar, which was the first time I’d had wild boar (presumably). 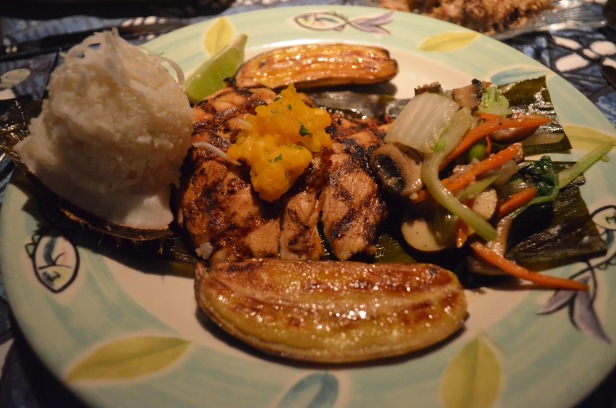 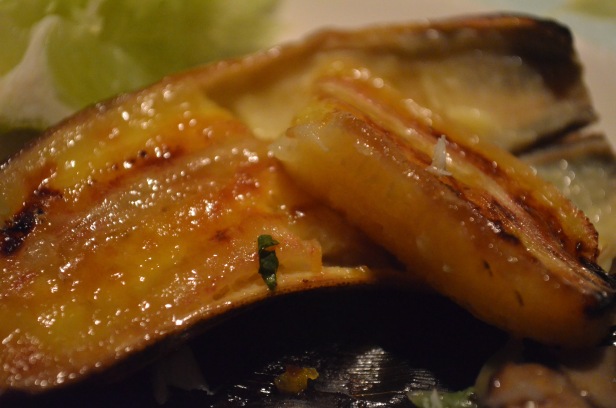 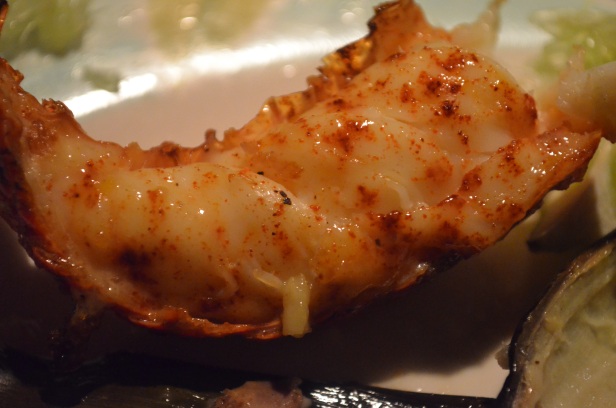 It was easy to taste how familiar Mama’s kitchen was with each fish, and also how fresh the fish were.  The wild boar was phenomenal, juicy and well-seasoned, infused with a caramel-y smokiness that gave way to a strong but pleasant flavor that I could only guess was the boar’s natural gamy-ness.

We didn’t leave room for dessert, but there wasn’t anything particularly eye-catching – which we found to be true of most of our favorite restaurants in Maui, that dessert wasn’t their forte.  That said, we did learn an interesting tidbit about the bright red torch ginger flowers that dotted each table at Mama’s: they have no floral fragrance until you sort of grip and wring its waxy leaves. 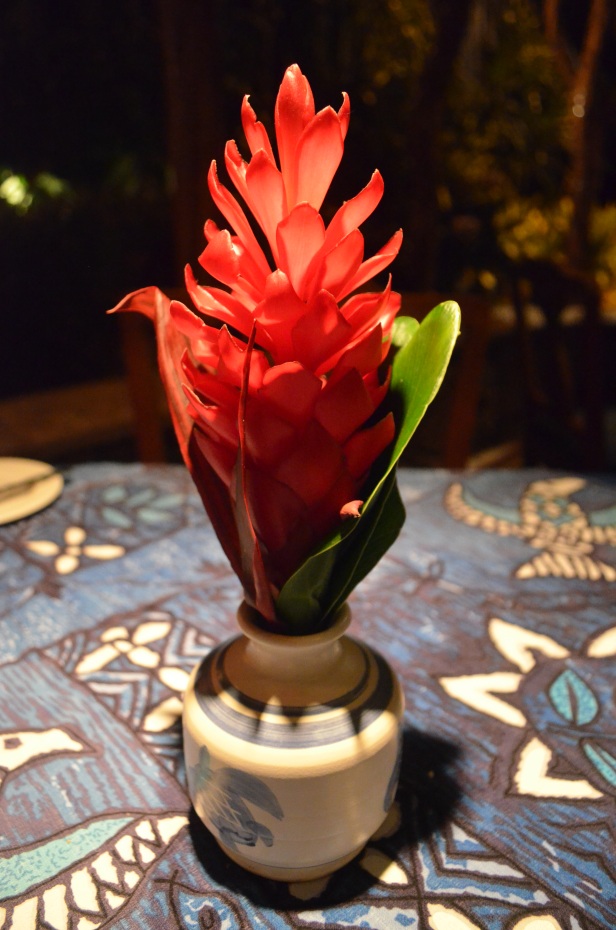 For all that we enjoyed (and learned) at Mama’s, it was a fantastic ending to a day on the winding highway to Hana, and more than we expected out of this low-slung establishment with a little fishing boat perched at its entrance.