Earlier this month, I was in Seattle for a friend’s wedding and, with love already in the air, ingested enough aphrodisiac to kill a large bear. 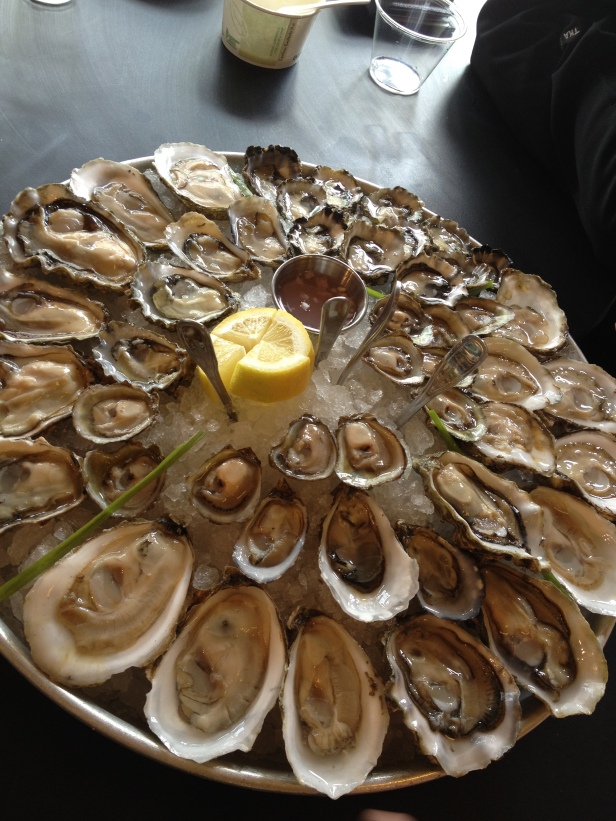 And this is the post-coital shot at Walrus & the Carpenter (which, by the way, has a delicious dessert beverage called drinking caramel.  We also had the grilled sardines, manila clams, salmon tartare, and speck): 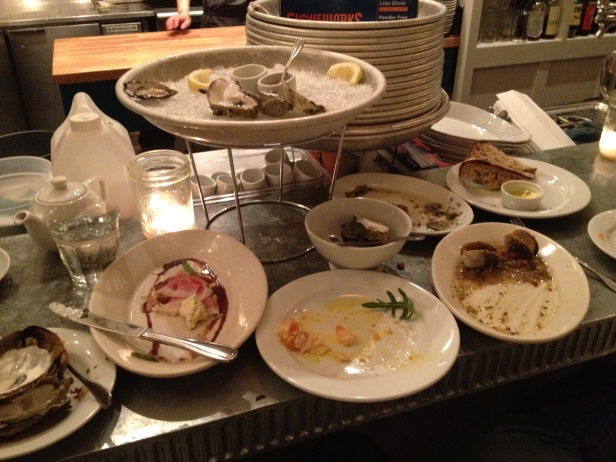 Okay, it may be worth noting that not all the oysters on the plates were mine –  so, maybe it was just enough aphrodisiac to make that bear a man-loving one.