The Grandma’s is a humongous restaurant on the top floor of a somewhat dreary, half-filled shopping mall on Nanjing Xi Lu, an odd place for a place as busy as it is.  We’ve never really tried to make reservations there, but I suppose it’s possible, but some of the fun / insanity is braving the wait.  This is because the waiting area, thronged with hungry Chinese people (a scenario that is always pleasant), has some random year of the Victoria Secret fashion show projected on the wall on loop.  Not only that, the automated intercom consists of a little girl’s high-pitched voice, at a very loud volume, announcing numbers of parties in wait: “Number [whatever], Grandma says it’s time to eat!”  That repeats about three or four times per minute, on top of the constant hum of people.

It’s somewhat a paragon of excess: the space is like a maze of tables (there must be several hundred seats) and the menu is Cheesecake Factory-esque in length and variety.  Each menu is fashioned after a couture or design magazine or a coffee-table book, in that way that only a Chinese restaurant can manage.  And in spite of that, we keep coming back.  The draw of Grandma’s is two-fold: one, a number of comfort food dishes that are consistently good, and two, the incredibly reasonable prices.  Myra had been to the Hangzhou outpost some time ago with coworkers, and the first few times I went to the Shanghai location, we’d gotten a few (greasier) things that we didn’t order on this particular visit.

We started with pickled turnips (one of those childhood favorites for me), and then moved on to pork ribs (a bit too hands-on), grilled eggplant, sauteed cauliflower, stir-fried beef udon, garlic scallops (on the shell), black pepper veal, and finished with a peanut shaved ice dessert (not pictured). 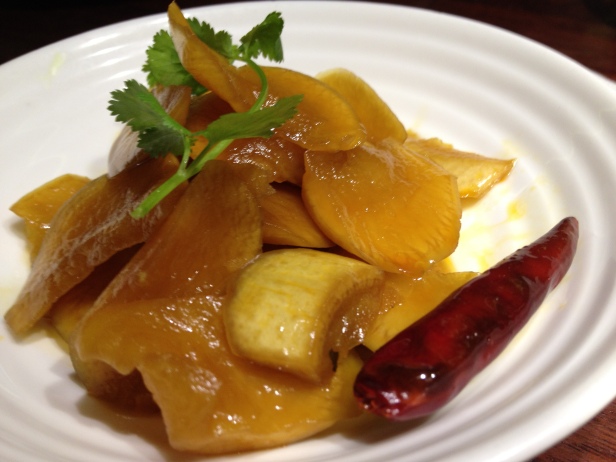 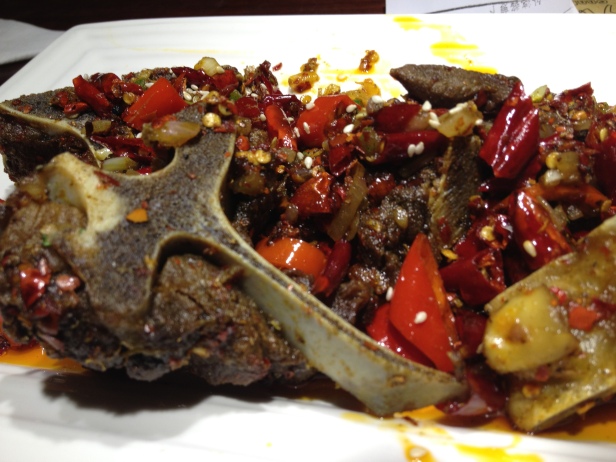 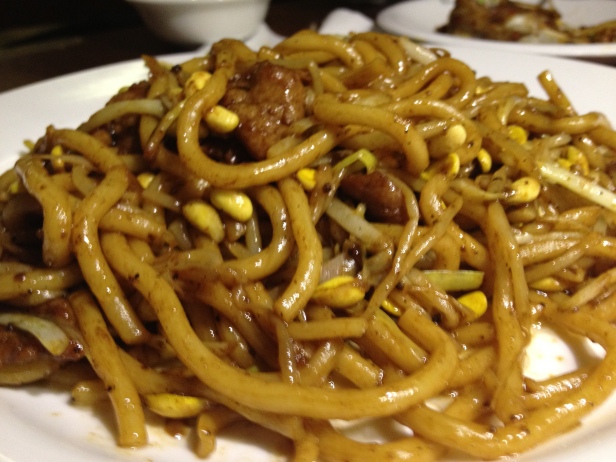 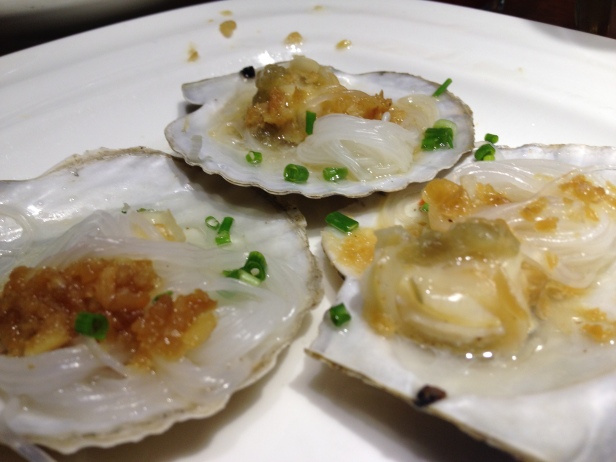 On previous nights, we’d also gotten the Grandma’s roast pork, which comes in a claypot filled with grease, bamboo shoots, and smoked fish (the latter accouturements I am particularly fond of), but with just three less-than-starving diners this night, it was a difficult sell.

It’s easy to fill up at Grandma’s.  By dessert, we’d long passed the safe harbors of fullness and were busy ushering ourselves into the sweaty pirate coves of overindulgence.  On our way out, lingerie-clad angels showed us to the elevator doors, a casual reminder of the vagaries of dining experiences in Shanghai.